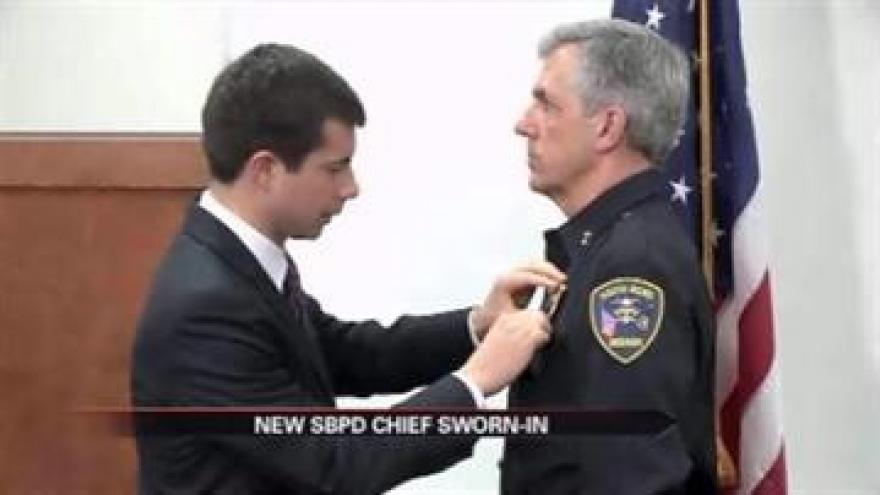 SOUTH BEND, Ind. – For the first time in nearly half a century, the City of South Bend has a police chief who didn’t work his way up through the department. Ron Teachman took the oath of office Wednesday afternoon.

After 10 months of waiting, South Bend now has a new chief of police.

"The purpose today is to start a conversation; not to speak at you, but to talk with you,” said Teachman.

As he begins his tenure as chief of police, he knows it is important to start repairing the damage last year's scandal has caused.

"I pledge to work every day, to earn the opportunity that you've given me to serve the people of South Bend. To get to know you, to build a relationship, to build effective relationships and to build trust between you and your South Bend Police Department,” said Teachman.

In his introduction of the new chief, the mayor once again expressed his vision for the department.

"A well rounded proactive police department is something that the people of South Bend literally cannot live without,” said Buttigieg.

And Buttigieg spoke openly about what the people of South Bend could expect from their new police chief.

"He will challenge our assumptions in ways that may sometimes make citizens, officers, employees, or even the mayor a little bit uncomfortable,” said Buttigieg.