South Shore commute could soon be much shorter 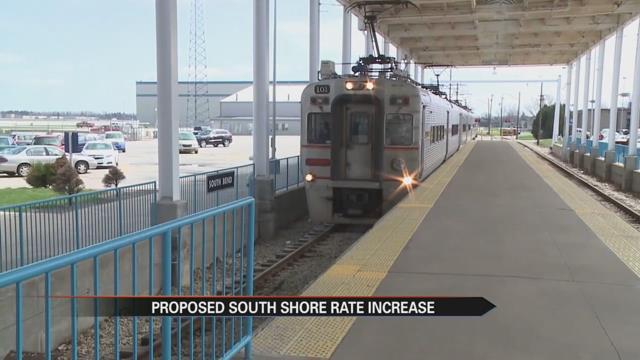 An increase in fares could be on the horizon for the South Shore but many say the improvements are well worth it.

The Northern Indiana Commuter Transportation District held a public meeting Tuesday to inform riders about what the extra money will go towards and to get their feedback. The 25 cent raise would kick in this June and another 25 cent raise in June of 2017.

Every weekend you’ll find passenger Lucinda Doolittle on the train from South Bend to Chicago.

“I can go all over. I’ve gone to museums on the train, I’ve went all different places and it’s helped me a lot to get where I need to go,” said Doolittle.

Doolittle says her favorite part about the South Shore is the low price.

So, when she heard about the possible increase in price she wanted to speak up to the people in charge about her disapproval.

“I understand more now why they need to go ahead and make the increase and I think it’s a good idea that they want to make it better for us to ride,” said Doolittle.

Instead, at Tuesday’s public meeting General Manager Michael Noland and his team behind the increase got her to jump on board with their plan.

“This is not going to anybodies salary, this is going solely for improvements into the rail system,” said Noland.

Noland says it’s a small price for some big improvements  for riders including much shorter commutes.

Noland says the main project the increase would fund is double tracking the railroad.

With a double track and a few additional trains on the route all trips would be under an hour and 45 minutes. South Bend to Chicago would be cut from two and a half hours to 90 minutes.

But before the train project is ready to take-off, the NICTD wants to consider if the riders think the improvements are worth it.

“We welcome comments from out riders, they’re our eyes and ears sometimes out there for things we can’t always see so absolutely we value the input from our riders,” said Noland.

The project would begin construction in 2019 and be completed in 2021.

To comment on the increase, you can attend one of the public meetings or log on to the NICTD website. Comments must be received by April 27.