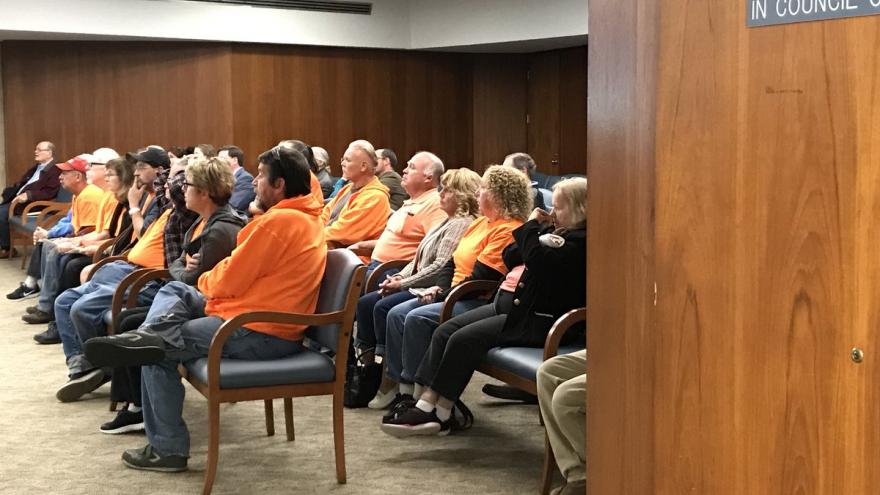 SOUTH BEND, Ind.-- As the council vote for the 2018 budget approaches, the city heard from taxpayers once more at the final public hearing Monday night.

One of the issues that kept people talking throughout the public comment process has been the proposed plan to reroute the South Shore train.

Homeowners from the city’s Ardmore neighborhood have spent budget season petitioning and protesting against the proposed $25 million allocated for project.

Travelers passing through town would save about 10 minutes on their trip, but, making way for that new route could put dozens of homes in jeopardy.

Over a dozen folks opposed to the project told the council the money should be invested in various community programs and used to rehab housing.

“They have been really involved in this process. People have emailed us, they contact us on Facebook, social media, calls, emails, and we want to make sure that we listen to them,” says Common Council Vice President Oliver Davis.

Listening led to action for the council.

In September, they passed a resolution vowing they’d continue to research the proposed project before giving it the green light.

Davis says before committing to the funds, the council wants to ensure they will still have a role in the process once it’s passed on to the redevelopment commission. As long as their attorney gives the “okay,” the resolution will be added to the budget.

The budget vote is scheduled for Monday, October 23.