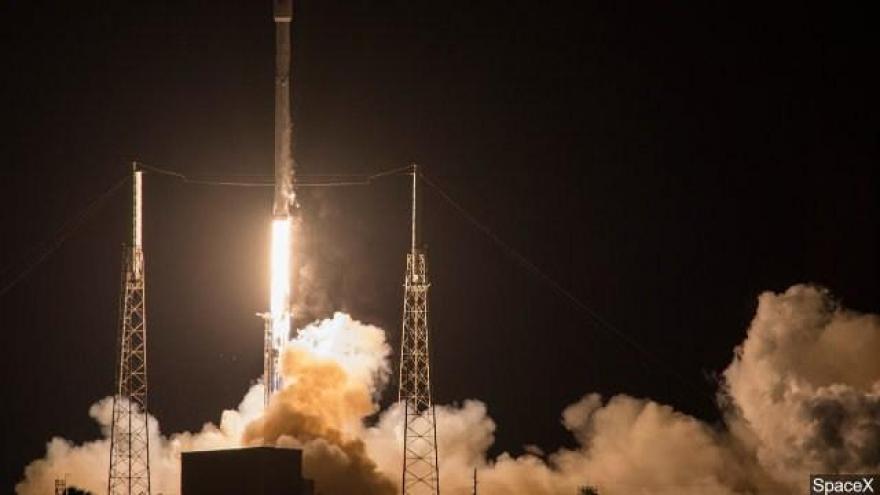 (CNN) -- SpaceX's Falcon 9 rocket is set to take off from Vandenberg Air Force Base in California on Saturday, the company website said.

The rocket -- part of a private company space race spearheaded by Tesla CEO Elon Musk, -- will attempt to take 10 commercial satellites into space for the voice and data company Iridium.

Seventy Iridium NEXT satellites are scheduled to be deployed by early 2018.

The Iridium NEXT satellites delivered to low-Earth orbit are designed to increase the company's speed and bandwidth.

The aim of the Iridium mission is to provide "real time connections between people, organizations and assets to and from anywhere," the company states on its website.

"Iridium NEXT will replace the world's largest commercial satellite network of low-Earth orbit satellites in what will be one of the largest 'tech upgrades in history,' the company said in recent release.

Falcon 9 was initially scheduled to launch Monday this week, but flight plans were canceled because of high winds and rain.

If successful, Falcon 9 will be the first undertaking for SpaceX, since September 1, 2015 when its rocket exploded on the launch pad at Cape Canaveral, Florida.

No one was injured in the explosion.

The rocket, was carrying a satellite to be used by Facebook (FB, Tech30) to bring internet access to Africa, the Middle East, and Europe.

Facebook is in a partnership with French satellite firm Eutelsat Communications. The satellite, called Amos 6, was owned by Israeli company Spacecom.

Earlier this month, a probe into the cause of the blast concluded a failed pressure vessel in a liquid oxygen tank was to blame for the failure.