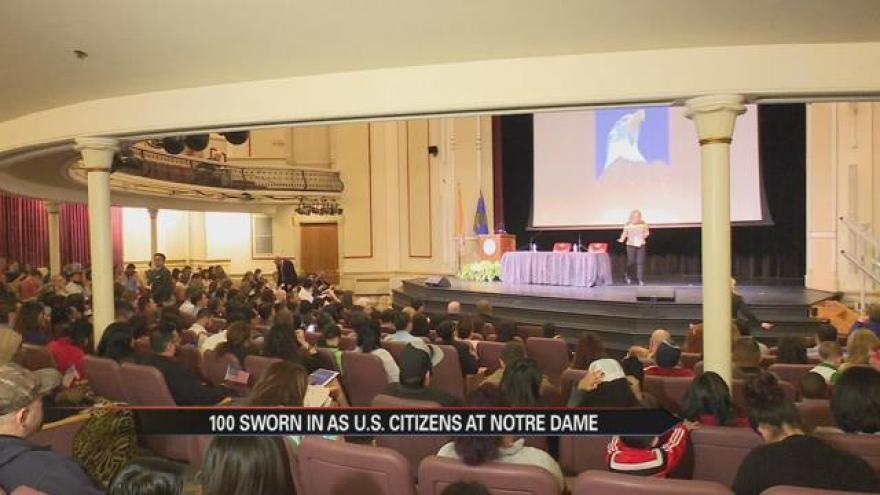 Flor Ortega is one of the new Americans.

She wore her grandmother’s locket during the ceremony.

“My grandmother is the one that always pushed my family to come to this country and to fight to be in this country,” Ortega said.

Originally from Mexico, Ortega has lived in the country since age five.

“I’ve always felt very American, so it’s nice to have the piece of paper that validates that now,” Ortega said.

“There is a lot of work going into it for the folks involved, being sworn in. There’s work on our end too, but it’s really them who are doing the bulk of the work,” Flores said.

The ceremony was unique, as it didn’t take place in a courtroom, and offered 100 spots for new citizens.

Flores wants to make it an annual tradition.

“Our work continues to try to do more of these ceremonies, so we can get those folks through quickly as well,” Flores said.

With nothing holding her back now, Ortega says she is most looking forward to voting - something her grandmother never lived to do in America, but made possible for the next generation.

“For me it’s kind of like an affirmation of the decision my parents made to come to this country,” Ortega said.