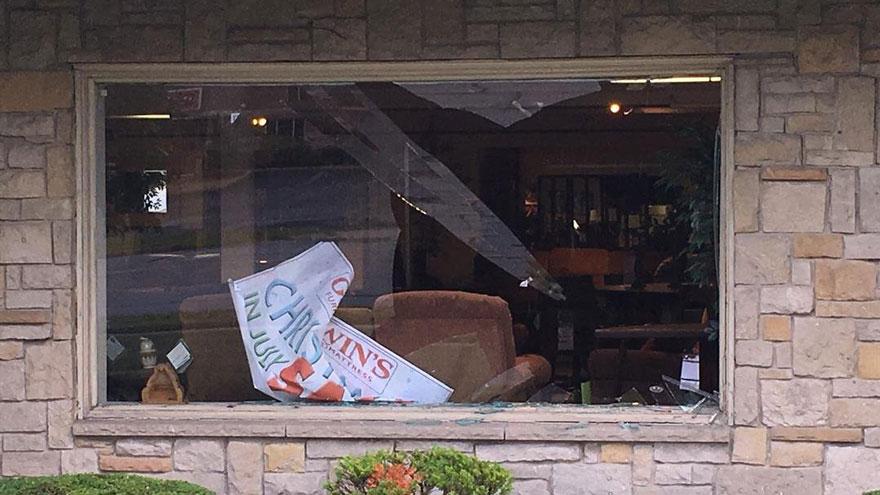 SAGINAW, Mich. (WNEM/CNN) -- Saginaw County Animal Control officers said a spooked deer caused quite a bit of damage Thursday after it crashed through the front window of a local furniture store.

It happened about 7:30 a.m. at Godwin's Furniture located in the 6000 block of State Street.

Officers said the deer had some injuries to its chest and leg from jumping through the glass window, but it's not clear how severe the injuries are.

As of right now, Godwin's Furniture is closed. We're told the deer did cause damage to some of the furniture inside, but the cost of damage has not been estimated as of yet. It's not clear when the store will reopen.