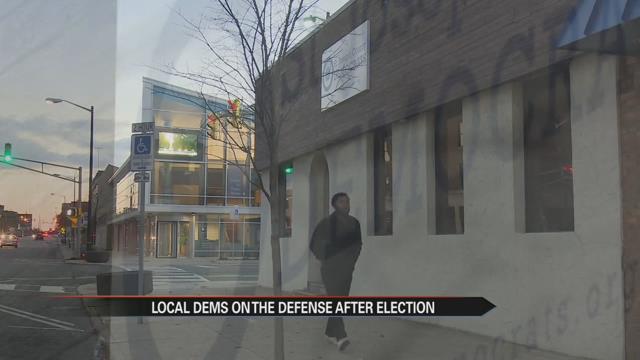 The party’s chair Jason Critchlow says losing the major races brought many folks to their office.

And they all wanted to help regroup and win big come the next election cycle.

Many are calling the “Trump effect.”

Major races, statewide and locally, went to Republican candidates this past election, thanks to the interest in the presidential race.

“They were leaning a Republican way this year and up and down the ballot reflected that,” said Crithlow.

Down the ballot a few county council seats went red as well.

And at the top of the ticket was a tight race for president.

Her eventual loss puts into question the party’s future.

“Our future’s bright, we just have to know where to look,” said Critchlow.

In a profile this week for The New Yorker, he name drops Pete Buttigieg as a Democrat to watch.

“When you see something like that, it’s definitely appreciated, it’s validating but more than anything it’s a reminder to go back and keep working hard on all these things that gives south bend all these good looks,” said Mayor Buttigieg.

And while he would hate to lose him locally, Critchlow agrees with President Obama.

“I think Mayor Pete Buttigieg is the place to look,” he said.