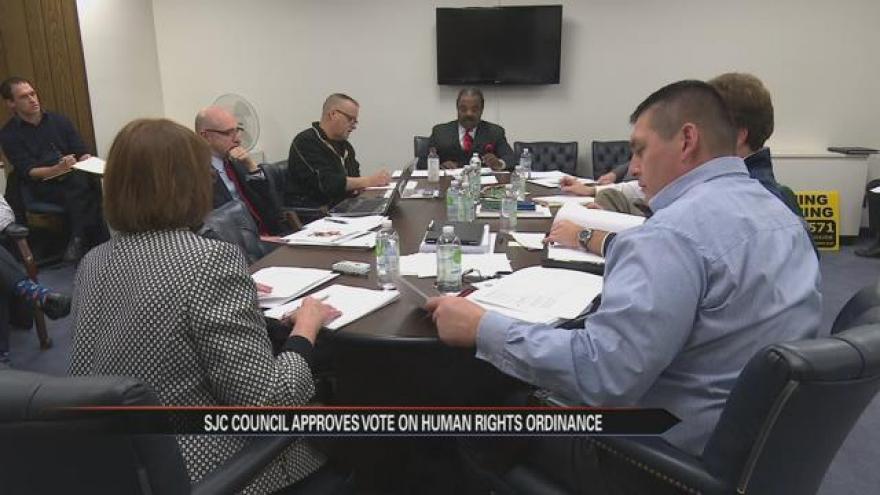 The bill that has been on the shelf since October will finally be voted on at the next full council meeting.

That decision was approved Monday during a  committee hearing.

The council says they wanted to do their due diligence.

They spoke with quite a few organizations and made some changes to the original bill that would insure this ordinance is truly inclusive.

In a matter of minutes, the ball was rolling again on a bill that was months in the making.

“The human rights ordinance did come out of committee with a recommendation to bring it to the full council for a vote at our next public hearing,” said Rafael Morton, St. Joseph County council president.

That decision, albeit on schedule came just days after many expressed a renewed interest in the ordinance’s future.

“We were at the Women’s March talking about the human rights ordinance with people one on one, so I think it’s important that we continue that energy and not just much but do things afterward,” said Eli Williams, executive director LGBTQ Resource Center.

From marches, to mock inaugurations, those two local events calling for equality did not go unheard by the council.

And after months of being shelved, the county will finally address those calls.

“We’ve gotten to this point and that’s why we feel we’re ready to move forward,” said Morton.

The council will vote on the ordinance during its February 14 meeting.