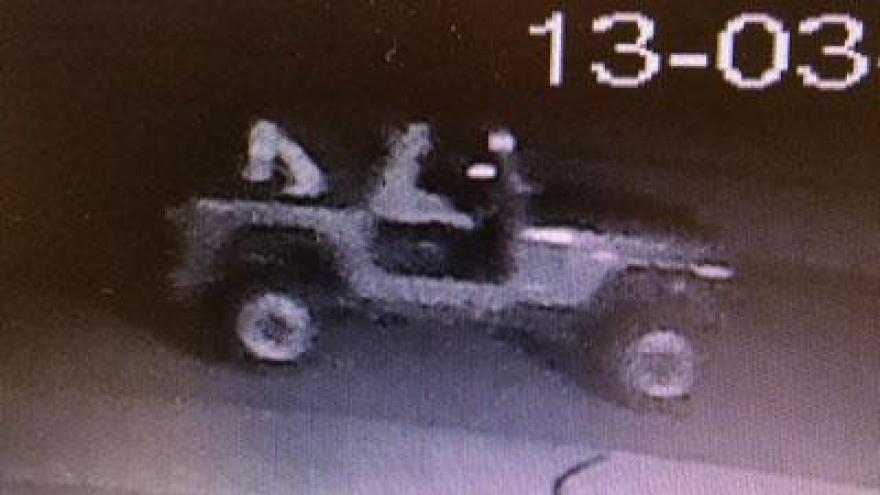 The St. Joseph County Police Department is asking for the public's help identifying a person captured on surveillance video vandalizing a house.

Early Sunday morning, a home in the 51000 block of Eaglewood Drive in Granger was vandalized. The suspect egged the house and toilet papered the trees.

Police released surveillance photos of the suspect and the suspect's vehicle.