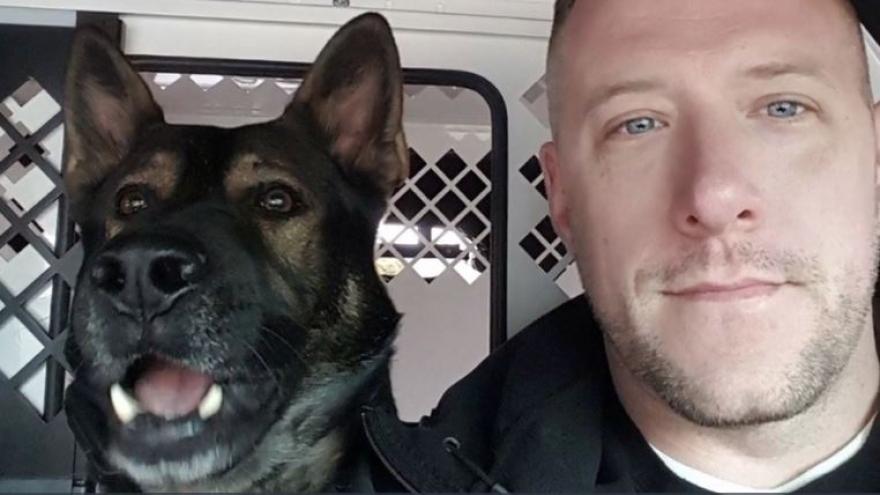 SOUTH BEND, Ind. – After much back and forth over what will happen to K9 Officer Flash, The St. Joseph County Police Department took to Facebook to set things straight.

In a lengthy statement made Tuesday, the police department argued the cost of adding a new K9 officer would be expensive and plans for Flash to stay on the force well in advance of his handler leaving.

Monday evening, it was reported a petition in favor of Flash’s retirement had over 100,000 signatures.

The full statement from SJCPD reads:

“We would like to take a moment to clarify some of the misconceptions circulating around our police dog, Flash. Flash is a 5½ year old German Shepherd that was bred and trained to work as a police K-9. Flash has had two different handlers over his career; he spent 1 year with his first handler until that officer suffered a long-term injury. Flash was then reassigned to Mike Beigelbeck for three years (six weeks of training and two years, 10 months in service). Upon learning that Beigelbeck was going to accept his new job, we spoke with the department’s consultant on K-9 matters (a retired police K-9 handler/departmental trainer who has been training K-9s since 1981). He told us that he believes Flash has around four and a half years remaining in his service life. The consultant—who trained Flash with both Beigelbeck and the prior handler—believes that Flash can be successfully assigned to another handler. This means Flash has the ability to serve with another handler for longer than he worked with both of his prior handlers. As a valuable asset of the department and community—one generously donated by a business in our county—the goal is to see that Flash gets to work his entire career.

“Our plan is to try to successfully transition Flash to a new handler—a process that would take around six weeks once the handler is chosen. The transition is based more upon whether the new handler can successfully handle the k-9 rather than whether Flash can handle the duties of a police dog. Flash is already a proven asset. Flash is currently trained to be both a patrol dog (which involves the three disciplines of obedience, protection, and tracking) and a narcotics-detection dog. Depending upon the outcome of the training process, Flash could continue his service under both disciplines or with only the narcotics detection role. Flash will likely be able to be back into service in the community by the end of the calendar year with a new handler. If Flash cannot bond and be successful with a new handler, we must then revisit the concept of his early retirement.

“It should be understood, however, that Beigelbeck left our department to take a job as a private security contractor with an assignment overseas (after working as a police officer with us for only three (3) years.) In short, he won’t be consistently on the same continent as Flash for at least the next year and possibly beyond. When asked what that would mean for Flash, he told us he planned to give Flash to his dad. Our decision to try to keep Flash in service as a police K-9 has nothing to do with punishing Mike Beigelbeck as some social media posters have alleged. Beigelbeck made a decision to seek employment elsewhere, as is his right. Social media is asking us to make a trained K-9 (at a cost exceeding $10,000) into a family pet for a person who won’t be around for at least a year. To purchase a trained dual-discipline police K-9 with Flash’s level of training and experience would cost around $15,000. Flash still has the ability to serve our community working as a police K-9 for several more years. We plan to try to make that happen.

“This path and plan was explained to Beigelbeck before he made the decision to resign—though the timing is not what has been published on petitions and postings. Beigelbeck came to the administration a year ago, told us he was considering a career move, and did not ask anyone in the administration whether Flash would leave with him should he decide to pursue the other opportunity. Beigelbeck kept us updated as he moved through the process for his new job. Once Beigelbeck was selected for the job, he gave us his two weeks’ notice. It was at that time when he asked whether the administration would consider retiring Flash to him. He asked that question in a meeting with the Sheriff and Assistant Chief. During that meeting, Beigelbeck was advised we would check with our K-9 trainer about whether Flash could be successfully transitioned to another handler. We did so. After that, we updated Beigelbeck with the information we learned.

“We did tell Beigelbeck that if Flash could not successfully transition to another handler, we would consider retiring him to Beigelbeck’s care if we could appropriately address the liability issues. We are concerned about whether the county could face liability for putting a trained police dog into someone other than the actual handler’s home. Ultimately, if Flash cannot competently work with a new officer, one of the people with whom we will discuss his future is Mike Beigelbeck. That discussion wouldn’t be for the sake of Beigelbeck—it would be about what’s best for Flash if Beigelbeck’s retirement ultimately results in Flash’s as well.

“Finally, while our consultant’s daughter is a merit officer on our department, no one has ever intended to assign Flash to her should her application to be a K-9 officer be successful.

“There is also speculation regarding another one of our retired K-9’s, Vito. We are unsure where or how this social media story began. Vito was medically retired early (he was seven or eight years old), and he retired to the home of his handler without a break in the handler’s possession of K-9 Vito. Vito lived out the remainder of his life there.

“We recognize that these issues have generated a great deal of strong emotion and hope this helps clarify some of the misconceptions currently circulating on social media. Whatever decision we make will be made in the best interests of Flash, the St. Joseph County Police Department, and the taxpayers of St. Joseph County.”