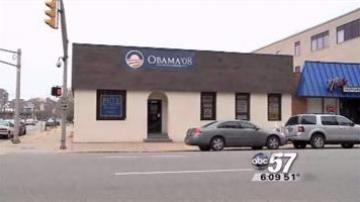 This investigation dates back to the state's 2008 Democratic primary. Indiana's Republican Party wants a federal investigation, into allegations of fraud and says it's likely hundreds of crimes were committed, during the ballot petition process for both Barack Obama and Hillary Clinton.

"The Republican was out of the office on bereavement leave and her stamp, in an unlocked drawer, was used to certify these bogus signatures, so this goes deeper than just duplicating pages and turning them in,” said Indiana GOP Chairman, Eric Holcomb. "We're only talking about one county in one state, but this may be in fact the tip of the iceberg, and I’m sure we'll learn more as the facts come into the light."

There is no evidence President Obama or Secretary of State Clinton knew about the possible phony signatures.