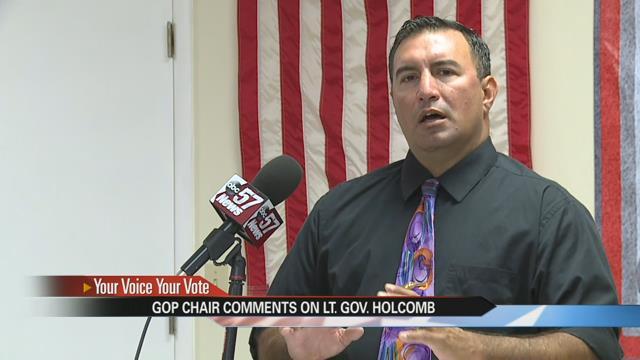 The Saint Joseph County Republican Party held a press conference Friday to discuss everything that has happened this month, from Donald Trump’s presidential nomination to Indiana’s Mike Pence being chosen as the VP candidate.

"A comparison between a rebranded Republican Party that includes that masses that really want to engage with understanding what the grassroots want. Versus that Democrats showing what an establishment type party does and how they overlook any type of corruption or misguidance,” Saenz said.

He said Holcomb has a pretty good chance of winning the Governor’s race.

"What we're seeing here is someone who has been mentoring and learning and advising on Indiana economics and policy and now in a position to be on the forefront of the stage,” said Saenz.