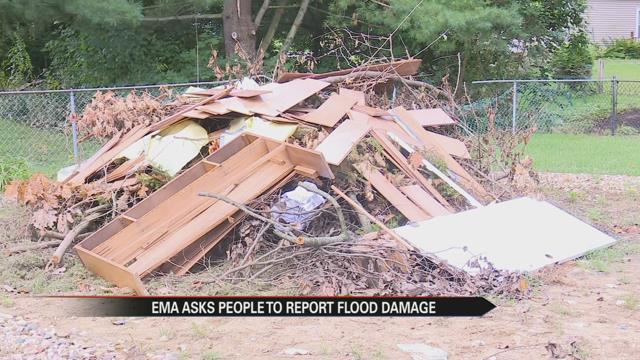 Neighbors in South Bend’s south side are rebuilding a week after historic flooding.

Wanda Walton is one neighbor who has suffered major losses.

She says she had to stay in the attic to avoid drowning and was rescued by her son in a boat.

“The one time we needed somebody to do something for us, my son put his life on the line by driving from Granger out here to get us,” Walton said.

Her home is still soaked, and most of her belongings are covered in filth, beyond repair.

“So far the only help we’ve had is the American Red Cross. This morning the St. Joseph County Emergency Management was here,” Walton said.

She is also in the cleanup phase.

“I try to be really positive, but it’s hard to look at the disaster that I’m standing in and imagine that it’s going to be my home again,” Tekler said.

While Tekler thinks she can salvage her home, she’s concerned about what was in the water.

“It wasn’t just the sewer smell it was the chemical smell,” Tekler said.

It’s dozens of situations like these St. Joseph County EMA  is trying to keep up with.

“It has been busy to say the least,” Deputy Director Kalee Ziots said.

Right now, the EMA says they’re in the process of recording everyone’s damage, so they can make a better case for the need for federal aid.

“Everyone’s damage is going to add up to that threshold. So even if you think your damage is minimal, please report that still,” Ziots said.

While the phone calls have slowed down to their offices, they say don’t hesitate to call 574- 235- 9378, to report damage, or address health concerns if you’re wondering what was in the water.

“With so many affected, unfortunately it’s going to take a little bit of time,” Ziots said.