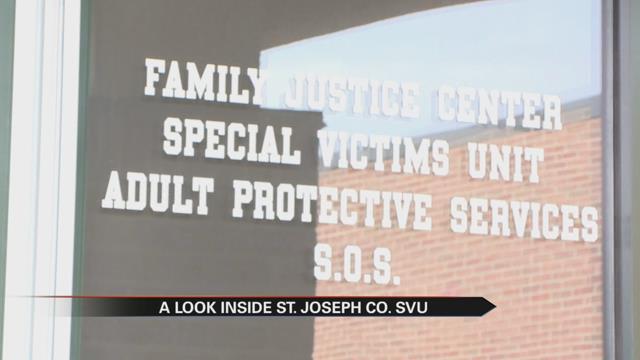 “To my knowledge, this is one of the few setups like this in this area,” Todd said.

The setup she’s referring to is the building the unit is housed in.

“You have kind of for lack of a better term a one stop shop,” Todd said.

For the past three years, that “one stop shop,” has housed the CASIE Center, Family Justice Center, SVU, Adult Protective Services and SOS.

“It makes the job so much easier,” Lead Deputy Prosecutor Aimee Herring said.

It's part of what drew her in as an applicant three years ago.

“I came from a county that used a multi-disciplinary team approach but we were not co-located with other agencies, and the benefits were immediately apparent,” Herring said.

Although employees enjoy those benefits, they say victims do too.

They can talk to police, lawyers, and support groups all in the same building.

“I think they feel pretty comfortable in the fact that no one’s going to hurt them while they’re here, and it’s a safety zone for them, if you will,” SVU commander Brian Young said.

“We are moving things along much quicker with a  lot more efficiency and our success rates have shown that it actually works for the victims,” Herring said.