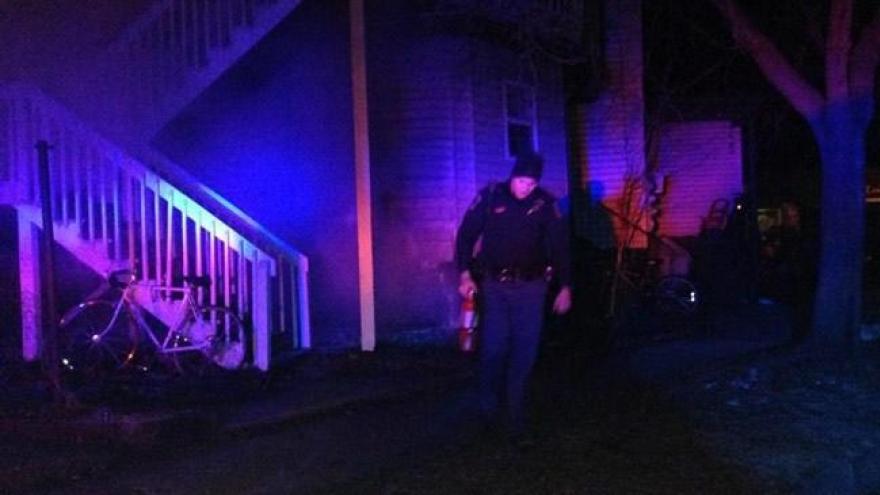 The St. Joseph Department of Public Safety posted some positive news on their Facebook page.

The department posted photos and stories of their recent interactions with residents.

In one case, an officer helped a resident who had inadequate lighting on her front porch.

In another case, an officer helped prevent a small fire from spreading throughout a home.

On 1-13-17 Sergeant Tom Vaught was dispatched to a house, where an elderly resident thought someone was had knocked on her door, then disappeared. The resident was now concerned about the incident and that the lighting was inadequate at her house by the doors. Sergeant Vaught in talking with the resident discovered that the porch light at the resident’s house was not working. Now past the end of his shift time Sergeant Vaught took the time replace the light bulb three times until the lighting was adequate, giving the resident a sense of security and peace of mind.

On 02-02-017 there was a reported trash can fire outside of a residence. Public Safety Officer Kotecki was first on scene and used his patrol car extinguisher to suppress the fire, which now caught the siding on fire. This action prevented this fire from spreading further and becoming a full structure fire. Once St. Joseph Fire Officers arrived on scene the fire was further extinguished along with any hot spots which could have reignited. Also, responding to the fire was Deputy Director Neubecker, Sergeant Mendus, Captain Fister, and Lieutenant Ehrenberg.