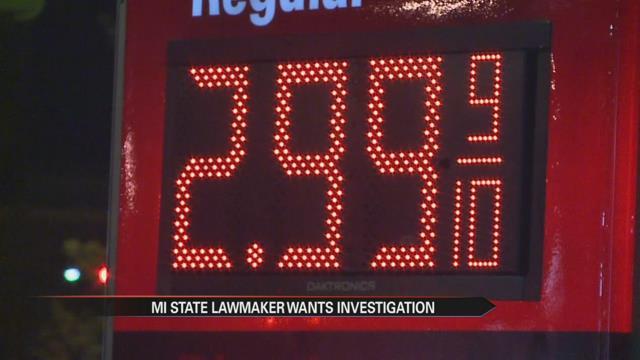 Gas prices have been soaring all around Michiana, and now a local state representative wants the state of Michigan to take action.

Michigan State Senator John Proos, R-Dist 21, wants an investigation into a recent spike in gas prices, according to a statement on his website.

An issue at a refinery in northwest Indiana is causing gas prices to skyrocket in Great Lakes states, including Proos' district which includes Berrien, Cass and St. Joseph counties.

The senator believes something doesn't add up, and wants Michigan Attorney general Bill Schuette to launch a state investigation.

Proos says his main concern is finding out how a breakdown in one refinery can cause prices to rise so high. And he says he wants to make sure his Michiana constituents are not taken advantage of.

"It's clear that there is a constraint in the manufacturing process," Proos told WOOD-TV.  "My question isn't so much the supply and demand issues. I did OK in that class. We have to be looking at whether or not it's being handled fairly and then ask the next question, which is how is it we don't have the refining capacity to be prepared for mechanical breakdowns."

We are all indeed suffering from these huge price spikes driven by the unscheduled shutdown of the Whiting Refinery operation knowing that the most vulnerable will be hit the hardest as they try to get to work, run errands, and try and take care of their household needs.   In addition, there will be huge unpredicted costs in getting goods to market across the Midwest again impacting us all. It is imperative that BP release as much information as they can regarding the maintenance schedule so that speculators will not cause market prices to rise due to bad information. We are of course reminded that the failure to approve the Keystone XL pipeline years ago does impact supply and has prevented infrastructure improvements to both pipelines and refinery expansions that may have alleviated the current situation.