Stage collapse investigation pinpoints weak rigging as cause of collapse 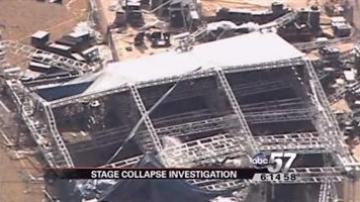 INDIANAPOLIS -- On Thursday, engineers released their findings into the stage collapse at the Indiana State Fair.

On Thursday, they gave their report to the Indiana Fair Commission.

Engineers said that the rigging was not strong enough to meet building codes.

"From a technical stand point, the structure did not have adequate lateral capacity. The jersey barriers slid, the structure could no longer support itself. That is what caused it to fail," said Scott Nacheman, Vice President at Thornton Tomasetti.

Investigators also found that the emergency response plan was not fully developed.