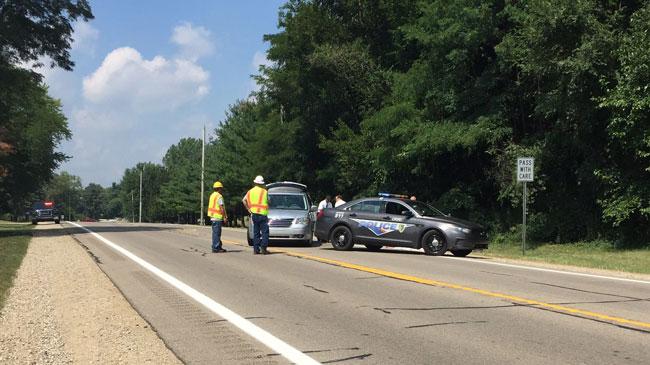 Long-time librarian, 64-year-old Mimi Piane, was killed in a bicycle accident in Edwardsburg on Thursday morning after being struck by a vehicle on US 12.

According to Stanley Clark School, Paine had worked for the school for 24 years.

She was retired but still volunteers at the school.

We are deeply saddened to learn of the untimely passing of beloved longtime librarian, Mimi Piane. Earlier today, Mimi was riding her bicycle near her home in Edwardsburg, MI, when she was fatally struck by a motorist.

Mimi lovingly served at The Stanley Clark School from 1990 until her retirement in 2014. During her tenure here, Mrs. Piane built a school library of over 20,000 volumes, saw the school to the nation's most successful book fair, and most importantly, fostered the love of learning and reading in generations of Stanley Clark students.

In addition, Mrs. Piane served as an advisor to countless middle school students. In her retirement, Mrs. Piane continued to volunteer at SCS, most recently working to develop the school's archives as a reflection of her deep love and respect for the traditions and history at The Stanley Clark School.

Mrs. Mimi Piane is survived by her husband Joe Piane, recently retired Head Cross Country and Track Coach at the University of Notre Dame, and their son Nick Piane, SCS Class of 2010.

Mimi's loss will be felt acutely throughout the Stanley Clark family as well as the greater community. Mrs. Piane touched many lives through her warmth, kindness, and generous spirit. She will be greatly missed.

Jane Smith, a neighbor who was setting up for a garage sale, saw the aftermath of the accident.

"We were out here just setting up for our garage sale when we heard the police cars, ambulances, fire trucks," Smith said.

She said the driver of the truck was shaken after the crash.

"The gentleman who was standing outside his truck was really shook up," said Smith.

Smith and several others who were getting ready for the yard sale said there is a lot of traffic on US12.