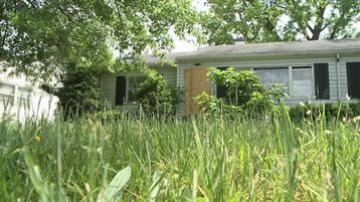 SOUTH BEND, Ind. -- A Starke County man was robbed at gunpoint in South Bend Wednesday night. The man was looking to buy a moped online through Craigslist. He agreed to meet the seller in an alley on the city's east side.

Shopping on Craigslist brings a safety risk many people don't consider until it's too late.

"It's one of the problems in the age we live now with social media," Sergeant Ian McQueen with the South Bend Police Department said. "You really don't know who's at the other end of that communication."

For one MIchiana man, it's a lesson he learned the hard way. He drove to 28th Street Wednesday night to buy a moped, but he got something else instead.

"At gunpoint, he was forced to hand over the money to the individual who then fled on foot," Sgt. McQueen said.

It happened at an abandoned house. The suspect knew the victim was from out of town and took advantage of him, making off with close to $400.

"Most people will do those transactions in cash. There's no record of it. The unfortunate thing is -- the bad guys know that as well."

Police urge you to use extra caution when buying things online. If you are going to meet in person, they recommend doing it in a well lit, neutral location.