INDIANAPOLIS, Ind. - As the high school baseball offseason winds down, the St. Joseph Indians have a few more weeks to enjoy their reign as state champions.

The spring season will bring a chance to repeat glory, but this week was reserved for celebrating their accomplishment.

St. Joe was welcomed in front of the Indiana General Assembly, which congratulated the team on its Class 3A State Championship in the 2017 season.

“These athletes balanced countless hours of practices and games on top of a full academic course load,” said State Sen. Joe Zakas (D-Granger) in a released statement. “Members of the General Assembly wanted to honor this tremendous achievement and formally recognize their hard work.”

State Rep. Dale DeVon (R-Granger) and State Rep. B. Patrick Bauer (D-South Bend) both sponsored the resolution in the House of Representatives.

“I am so proud of this baseball team who worked hard to secure a state championship title,” said DeVon. “Congratulations to these students, along with the coaches and parents who have done an outstanding job in motivating and helping these kids achieve success.”

Last June was the first-ever state championship appearance for St. Joseph. The Indians defeated Jasper 4-0 at Victory Field in Indianapolis to capture the school's first baseball title, and the first for any South Bend school since 1970. 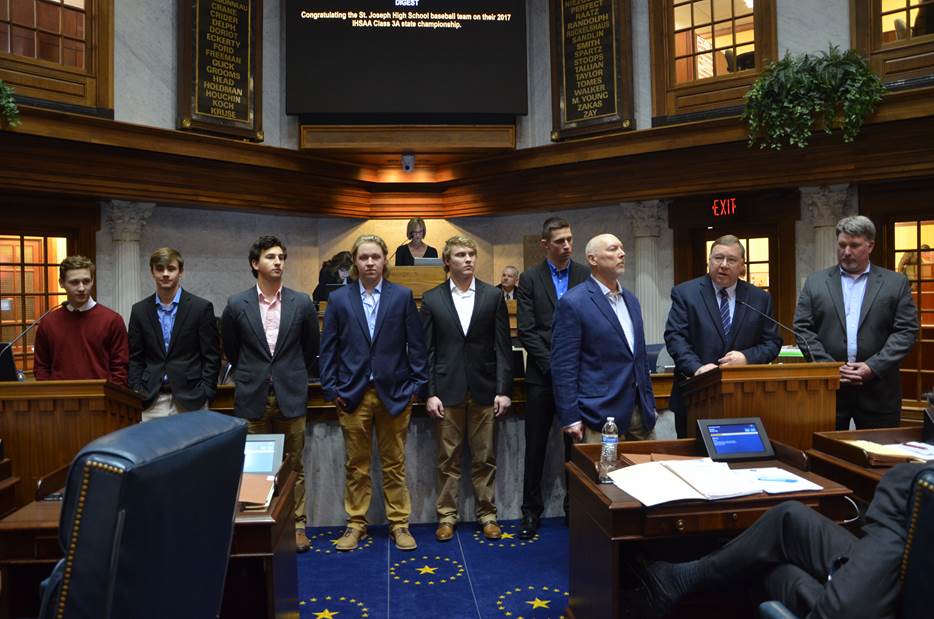