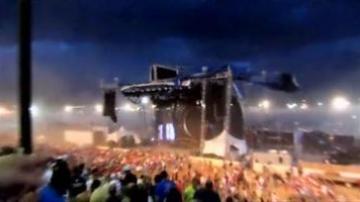 INDIANAPOLIS, Ind. -- The state of Indiana is now named in a lawsuit.

It was filed by some victims of last year's deadly state fair stage accident.

The suit says the $5 million the state planned to divide among the victims and their families just isn't enough to go around.

“The offer was not significant from our perspective in relation to what she's been through and that made the decision from her perspective and the family's perspective fairly easy decision to make,” said Attorney Tony Patterson.

The lawsuit against the state was filed by the sister of one of the victims of the collapse.

The state has already added money to the $5 million payout.