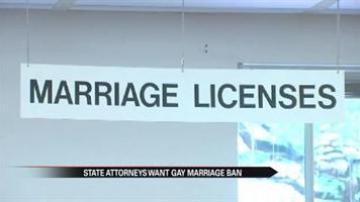 INDIANAPOLIS -- The Office of the Indiana Attorney General filed their final brief in the U.S. 7th Circuit Court of Appeals case that will determine whether gay marriage is allowed in Indiana.

The state's brief asks the 7th Circuit to vacate the June 25 decision that the state's ban on gay marriage was unconstitutional.

A judge stayed that decision after hundreds of couples married.

The case will go before a three judge panel on August 26.