State of Pennsylvania to sue NCAA over PSU sanctions 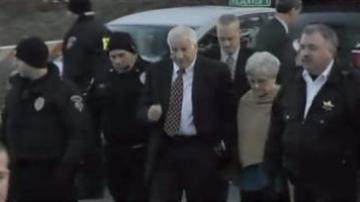 The state of Pennsylvania will file a lawsuit against the NCAA over the punishments against Penn State, in the aftermath of Sandusky’s sex abuse scandal.

The former assistant coach is behind bars for the next 30 years. Last year, the NCAA took away wins, reduced scholarships and temporarily banned the school from competing in the post season.

It’s been reported that Penn State is not involved in the lawsuit.