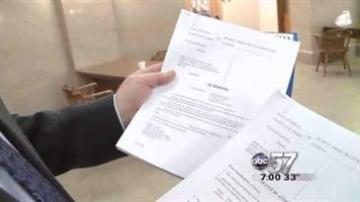 According to Zoeller, companies across the country are advertising financial relief for people at risk of losing their home to foreclosure.

The companies require a fee up-front but never pay out the needed relief funds, leaving the victims in a worse financial situation than they were before.

"They are desperate. They are hoping they can find some kind of relief. So some company called Hope Financial plays off of that desperation," said Zoeller.

Zoeller said companies like Hope Financial are in violation of the consumer laws in Indiana. When the victims began reporting the fraudulent companies, Zoeller's office was able to track the companies and file lawsuits.

The monies collected from the lawsuits is put into the Consumer Protection Assistance Fund and then redistributed to the victims.

On Dec. 12, the first round of victims were given their checks. Although the checks are only about half of what they victims originally invested in the fraudulent companies, the checks ranged from $40 to $3000.