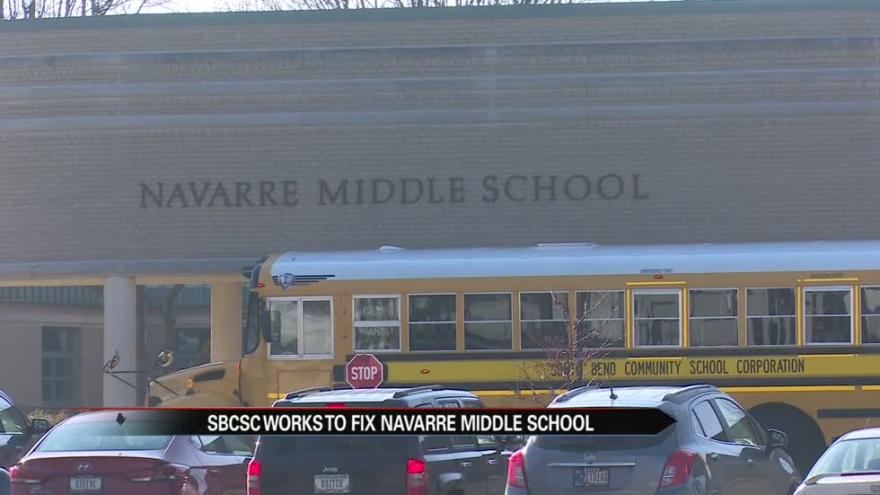 SOUTH BEND, Ind. -- After receiving its sixth failing grade last school year, the Indiana State Board of Education has recommended the South Bend Community School Corporation partner with an expert to oversee the turnaround of Navarre Middle School over the next five years.

The state is recommending the managerial and operational changes be implemented before the next school year.

The initial details of the plan are laid out in a memo and letter of intent prepared by the state.

As part of the initial plan, Navarre will be designated as a Turnaround Academy.

By April 10, the district would enter a Memorandum of Understanding with a partner who will lead the transformation at Navarre and the four 'feeder' elementary schools - Wilson, Warren, Harrison and Coquillard.

Once the letter of intent is signed, the district has until April 15 to detail the action plan. The district will also receive turnaround funding set aside for school improvement for next year.

Although the partner will oversee Navarre, it will remain part of the SBCSC.

Click here for more information and to read the state's memo and the Letter of Intent.