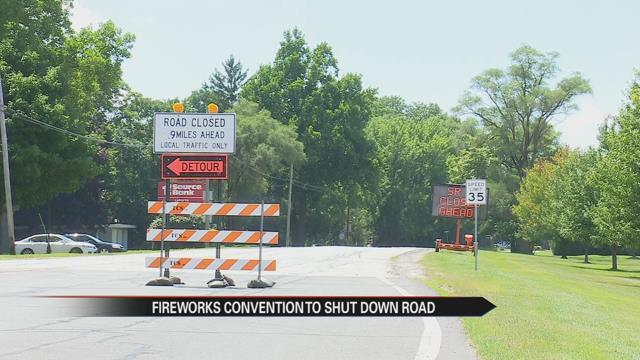 State Road 2 between County Road 400 West and the entrance to the LaPorte County Animal Shelter will be closed beginning Thursday.

The LaPorte County Fair Board is closing the road due to the Pyrotechnic Guild International’s “Fire in the Sky” convention being held at the fairgrounds.

During the closure, State Road 2 will be open to local traffic and traffic to the animal shelter.

Captain Mike Kellems from the La Porte County Sheriff’s Office says to plan ahead and leave a little early.

“There's no question that there's going to be a little bit of a disruption. The fireworks go until late at night. The traffic is a little bit of a hassle. But it's for a short period of time and we're going to realize a tremendous amount of money. Besides that we get to showcase our community and that's probably one of the best things we could be doing,” said Captain Kellems.

The road will reopen on August 15.