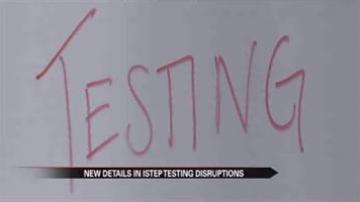 MISHAWAKA, Ind. — The superintendent of Indiana Public Schools is seeking damages from the company that handled the state's ISTEP testing.

The state is asking for $614,000 in damages to cover fines laid out in the contract and to conduct a review of the test itself.

That would test the ability of the ISTEP to report data better than its paper counterpart.

As of now, the effect of the server issues on the test has not come out.

Usually these results are revealed by this time of the year. But McGraw-Hill, the administrator of the ISTEP, says the results won't be available until July.

Then there are the issues involving the test itself.

These include partial multiple choice lists showing up on screens and multiple technical problems during testing.

Back on April 30, only 16 percent of students were able to complete a section of the test.