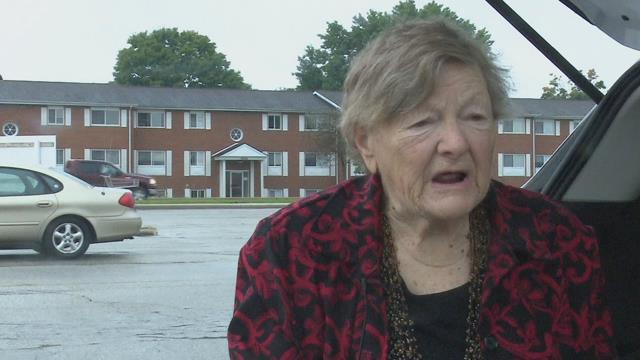 One politician is clearing the air about her controversial comments.

“I believe that everybody should be treated equally and if anybody feels that i have any other thoughts that’s wrong,” said Spenner.

During a political profile for WNIT, Spenner evoked the shooting when talking about LGBTQ rights.

“The more attention given, more problems they seem to have, like I can’t believe the big [shooting] they had in Florida,” she said during the interview.

The moderator asked Spenner’s thoughts on an issue that was posed on a survey she had completed.

The topic was on gender identity and sexual orientation being a protected class in some cities.

After her response, the moderator asked her to clarify and she doubled down.

But the candidate says, looking back, that’s not what she meant.

“I apologize for the misunderstanding and you will see by all my actions if I get elected that I certainly care about everybody,” said Spenner.

Members of the LGBTQ Center of South Bend also misunderstood her words.

“I don’t think she was saying her remarks with the same intention that our community would say those things,” said Eli Williams, Executive Director the LGBTQ Center.

Spenner clarified to ABC 57 News that she meant the media shouldn’t give too much attention to negative incidents against the LGBT community, out of fear others might look at the coverage as glorification of the attacks.

The center says they are willing to work with every politician during this election season so more of these conversations can be happen.

“It’s especially important that we do have dialog during LGBTQ issues and it’s exciting that these questions are being asked,” said Williams.