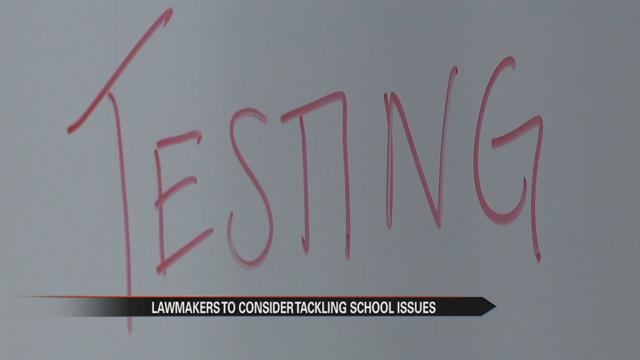 Lawmakers at the Indiana Statehouse are set to discuss some of the top issues facing Indiana schools Monday afternoon.

That meeting could foreshadow how the General Assembly will address ISTEP issues, as well as the declining number of new teachers, in the state.

According to the state’s Department Of Education, the number of first-time teaching licenses issued by the state has declined by 33 percent over the past five years.

Some people are blaming school overhaul decisions like the additional standardized testing of students, and linking teacher pay raises with student test performance, for the drop.

But that’s not the only problem facing Indiana schools.

After months of delay, schools and parents of more than 400,000 3rd through 8th graders are still waiting for ISTEP results from last year.

Currently, the Board Of Education is scheduled to meet on Wednesday to set the pass or fail marks for the standardized test.