Statements from local legislators on impeachment of Donald Trump 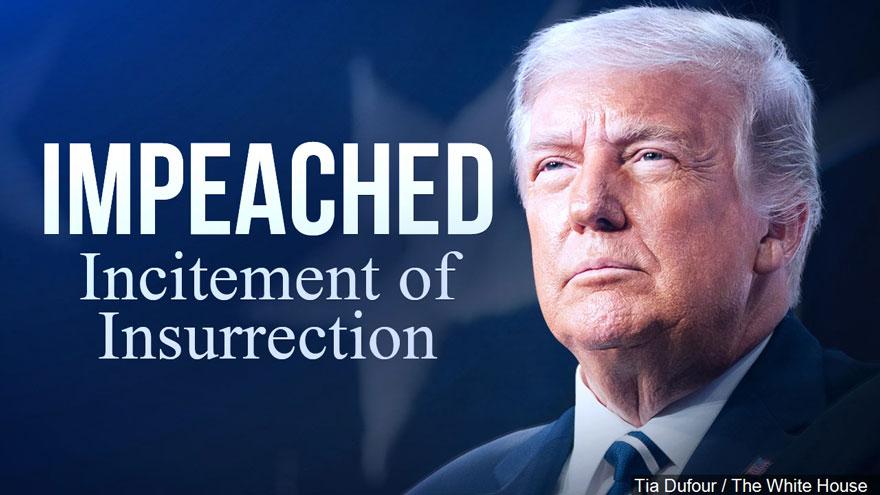 “In the wake of a divisive election and last week’s horrific attack on the U.S. Capitol, Congress should be entirely focused on uniting the American people and strengthening our country. Impeaching the president with less than a week left in his term will not advance either of these goals.

“President Trump has pledged an orderly transition to President-elect Biden’s administration, and I call on all Americans to support this effort by remaining peaceful and rejecting all violence. Anyone who commits violent or destructive acts will be held accountable to the fullest extent of the law.”

“Donald Trump violated his oath of office. His reprehensible actions and rhetoric incited a violent, deadly attack on the Capitol and on our democracy. It is outrageous and unacceptable. We must hold him accountable for his actions and send a very clear signal for the future that this dangerous behavior can never be tolerated.

“Donald Trump is a danger to our country, unfit to be President, and – as I have said – he must be removed from office immediately. I’m disappointed Vice President Pence has indicated he will not be invoking the 25th Amendment, and I support the House taking the necessary step to impeach Mr. Trump. Donald Trump committed an impeachable offense, there must be severe consequences and he should never be eligible to hold federal office again.

“Importantly, we also cannot let these dangerous events deter us from the urgent priorities that Congress must address. We must take additional action to get this raging pandemic under control and provide more relief for struggling Michiganders and additional resources for continued distribution of vaccines. We must also ensure that President-elect Biden’s Administration can hit the ground running through confirmation hearings and votes on his Cabinet and other key roles. As incoming Chairman of the Homeland Security and Governmental Affairs Committee, it is now more critical than ever that the Department of Homeland Security have stable leadership to address the urgent and unprecedented threats our nation currently faces.”

“Last week, our nation experienced a deadly insurrection at the U.S. Capitol inspired and encouraged by the current President of the United States. Our country cannot heal and move forward without accountability and justice. When the article of impeachment comes before the Senate, I intend to support removing Donald Trump from office.”