Statue being made to honor Michigan veteran Alexander Jefferson 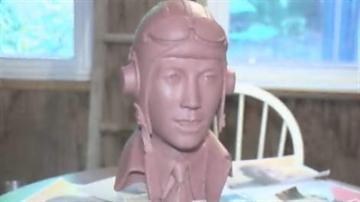 VIENNA TOWNSHIP, Mich. — A Michigan veteran who served for one of the most well-known military units in World War II is now being honored for his service.

A Michigan sculptor is working on a statue of Detroit native Alexander Jefferson. It's in honor of Jefferson and his unit.

The Tuskegee airman was also a POW in Germany for nine months and survived being shot down at low altitude.

A bust of Jefferson has already been made and the veteran says he approves of it.

"It's possibly the way I looked when I was young," said Jefferson.

"He's such a tremendous man," said sculptor Joe Rundell. "He's a personality everybody should get to know."

The project is still in its early phases, but it's gotten so much publicity that people are making donations even when no one has asked for them.

Several cities are also clamoring to host the statue, including Flint and Detroit.