Statue of Liberty goes dark, lights up -- and the symbolism is not lost 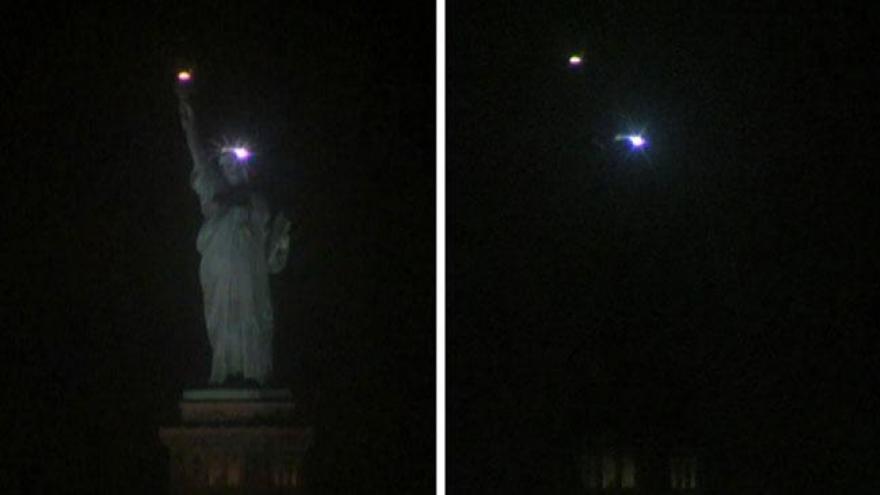 (CNN) -- Lovely Lady Liberty, was luminous no more -- or at least for two hours Tuesday night.

The lights around the Statue of Liberty went dark at around 10 pm EST, setting Twitter immediately ablaze.

It turned out that the nation's most famous giant green lady went dark due to repair work from damage caused by, perhaps fittingly, a female tempest -- Hurricane Sandy. According to a statement from the National Park Service, it was a "temporary, unplanned outage."

No matter the cause, the coincidence burned too bright for those hoping to find symbolism.

The official Twitter account for the Women's March seized the opportunity and tweeted: "Thank you Lady Liberty for standing with the resistance and going dark for #DayWithoutAWoman.

That group is promoting a strike scheduled for International Women's Day on Wednesday. An action meant to recognize "the enormous value that women of all backgrounds add to our socioeconomic system, while receiving lower wages and experiencing greater inequities, vulnerability to discrimination, sexual harassment and job insecurity," according to the Women's March website.

They're not the first group to seize on the statue as a symbol of protest. Last month, Alt Lady Liberty unfurled a 20-foot red and white banner at her base that read: "Refugees welcome."

National Park Service Rangers quickly pulled down the sign, but a bronze plaque on the base is emblazoned with a similar sentiment.

Emma Lazarus penned the poem in 1883 that protesters across the country cited as a clear argument against President Donald Trump's travel ban and immigration crackdowns: "Give me your tired, your poor/ Your huddled masses yearning to breathe free./ The wretched refuse of your teeming shore./ Send these, the homeless, tempest-tost to me,/ I lift my lamp beside the golden door!""