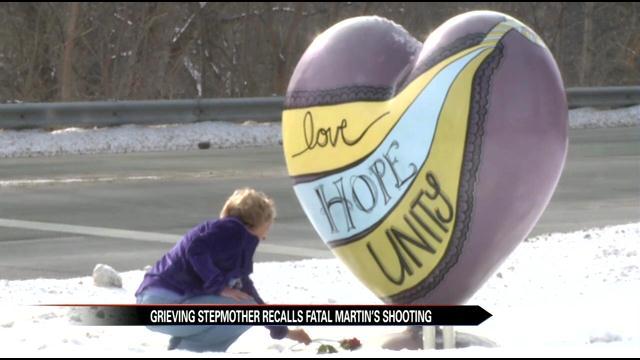 One year ago, Shawn Bair entered the Martin's Supermarket on Bristol in Elkhart and shot and killed two people before police arrived.

“He said there's a hostage situation at the Martin's where Krystle works and she won't answer her phone,” said Charlotte Dikes, Krystle's stepmother.

The night of January 15th, 2014 will haunt Charlotte for the rest of her life.

It is the night she and her husband Shaun learned their daughter Krystle, had been murdered.

Krystle was working a late night shift at Martin's stocking shelves when never released surveillance video captured Bair walking through the store for nearly a half hour before shooting Krystle and Rachelle Godfread to death.

Charlotte said Krystle was targeted. She said the shooter stalked her daughter and became upset when she didn't want to date him.

“I in my heart would like to see them or know that, that monsters face was not the last thing she saw,” Charlotte said.

Thursday, Charlotte returned to the store for the first time since Krystle's death.

She was there to lay a purple flower in the aisle where she was killed. It was a simple gesture to honor her daughter Krystle who she described as a happy, loving person, who loved art and children.

“She had so many plans with her life and what she wanted to do which will never be fulfilled. That's the hardest part,” Charlotte said.

Charlotte said she and her husband now live in a state of depression, taking life day by day, but never feeling fulfilled.

“Not a day goes by that I don't think about her.”

Bair was shot by police as he turned the gun on himself and died at the scene.