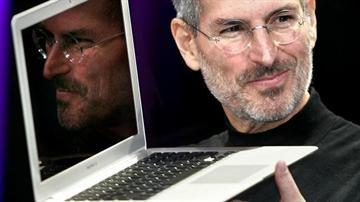 Steve Jobs, the mastermind behind Apple's iPhone, iPad, iPod, iMac and iTunes, has died in California. Jobs was 56.

His death was reported by The Associated Press, citing Apple.

Jobs co-founded Apple Computer in 1976 and, with his childhood friend Steve Wozniak, marketed what was considered the world's first personal computer, the Apple II.

Industry watchers called him a master innovator -- perhaps on a par with Thomas Edison -- changing the worlds of computing, recorded music and communications.

In 2004, he beat back an unusual form of pancreatic cancer, and in 2009 he was forced to get a liver transplant. After several years of failing health, Jobs announced on Aug. 24, 2011 that he was stepping down as Apple's chief executive.

"I have always said if there ever came a day when I could no longer meet my duties and expectations as Apple's CEO, I would be the first to let you know," Jobs wrote in his letter of resignation. "Unfortunately, that day has come."

One of the world's most famous CEOs, Jobs remained stubbornly private about his personal life, refusing interviews and shielding his wife and their children from public view.

"He's never been a media person," said industry analyst Tim Bajarin, president of Creative Strategies, after Jobs resigned. "He's granted interviews in the context of product launches, when it benefits Apple, but you never see him talk about himself."

The highlights of Jobs's career trajectory are well-known: a prodigy who dropped out of Reed College in Oregon and, at 21, started Apple with Wozniak in his parents' garage. He was a multimillionaire by 25, appeared on the cover of Time magazine at 26, and was ousted at Apple at age 30, in 1984.

In the years that followed, he went into other businesses, founding NeXT computers and, in 1986, buying the computer graphics arm of Lucasfilm, Ltd., which became Pixar Animation Studios.

He was described as an exacting and sometimes fearsome leader, ordering up and rejecting multiple versions of new products until the final version was just right. He said the design and aesthetics of a device were as important as the hardware and software inside.

In 1996, Apple, which had struggled without Jobs, brought him back by buying NeXT. He became CEO in 1997 and put the company on a remarkable upward path.

By 2001 the commercial music industry was on its knees because digital recordings, copied and shared online for free, made it unnecessary for millions of people to buy compact discs.

Jobs took advantage with the iPod -- essentially a pocket-sized computer hard drive with elegantly simple controls and a set of white earbuds so that one could listen to the hours of music one saved on it. He set up the iTunes online music store, and persuaded major recording labels to sell songs for 99 cents each. No longer did people have to go out and buy a CD if they liked one song from it. They bought a digital file and stored it in their iPod.

In 2007, he transformed the cell phone. Apple's iPhone, with its iconic touch screen, was a handheld computer, music player, messaging device, digital wallet and -- almost incidentally -- cell phone. Major competitors, such as BlackBerry, Nokia and Motorola, struggled after it appeared.