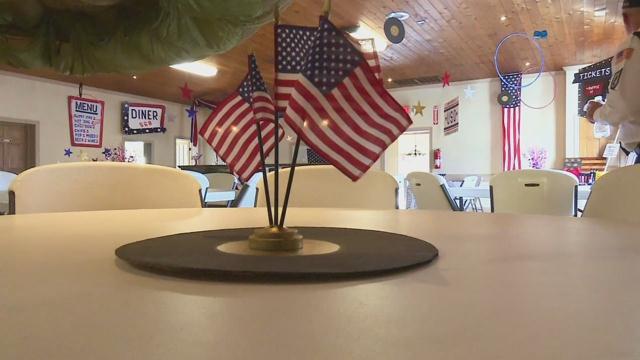 Veteran's Day may be over, but for many across the country, every day is a chance to honor those who served.

The Stevensville American Legion Post 568 hosted "A Night at the Hop" benefit Saturday night, to raise enough money for at least six Southern Michigan veterans to go on this spring's honor flight.  An honor flight is an expense-paid trip for veterans to travel to Washington, D.C. to see the war memorials.

For veterans, this is one way they can say thank you to some of their own: veterans helping veterans.

Mark Platte is one of the Stevensville American Legion members organizing "Night at the Hop."  A veteran himself, he knows how important it is.

"It's our responsibility as Americans just to say thank you to them. It doesn't take much," says Platte.

They're hoping to raise at least $3,000 to send six veterans on the next trip, for an experience of a lifetime.

"It was a day to remember," says Bean. "I wish I could remember all of it."

The WWII Air Force veteran went on his honor flight a few years ago.  He thinks it's important for others to get their chance.

"We're dying off at such a horrendous rate," he says. "I hope as many as possible, get to see."

"I hope we can touch them and get them to see their memorial," says Platte. "We have memorials out here in front of our Post, but it's not the same."

He plans to help out anyway he can.

"When we take that oath, it's an oath of life.  It's a lifetime oath. And we want to say thank you to them," Platte adds.

Already, they've seen generosity from the community, as they work towards this goal.  Before the event began, they were already close to their $3,000 mark.

With donations of food, supplies, and money, Platte believes they can do it: to make sure veterans get the honor, of the honor flight.