Stewart goes on trial for murder of friend, former coworker 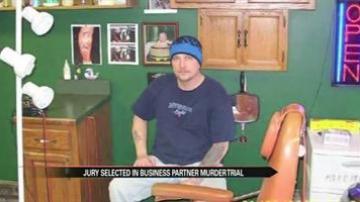 GOSHEN, Ind. -- Monday it took seven hours to seat a jury for the murder trial of Todd Stewart. He is charged with second degree murder in the death of his friend and co-worker Mark Miller in September 2012.

The prosecutor told potential jurors the trial would be uncomfortable and the evidence would be awful.

Many of the potential jurors knew Mark Miller or were connected to someone who knew him.

Just before 3:30 p.m., the jury was seated. Six women and six men were seated and one man and one woman were chosen as alternates.

Opening statements began shortly after the jury was seated.

Stewart is accused of shooting Miller, putting his body in a barrel and dumping the barrel in the St. Joseph River.

Mark Miller's mother and a couple of siblings were in court Monday. They said they plan to be there every day of the trial.