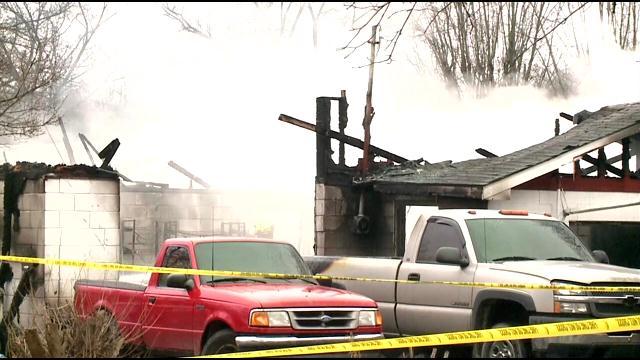 The Concord Fire Department is still investigating a pole barn fire at 27306 Kesler Avenue in Elkhart that happened December 9.

“It is not the first time that we've had an incident over here,” said neighbor Deb Mayberry. “We have had the police officers out here several times, but this time it was bad."

Neighbors say the house has been a problem property for a while.

“We have had issues with this property before. We have called the cops, I bet hundreds of times between all the neighbors,” said neighbor Mike Battles on December 9.

According to the Elkhart County Sheriff's Department, they have been called out to the address nine times this year for things like drug complaints and neglect.

A report from the sheriff's department says a stolen car was found in the barn after the fire.

“It is just getting to be a real nightmare, we can't have our kids in the road,” said Battles.  “I just hope now the county/city will do something about it.”

The Concord Fire Chief says the cause of the barn fire is still under investigation.