Stopping the violence in Elkhart 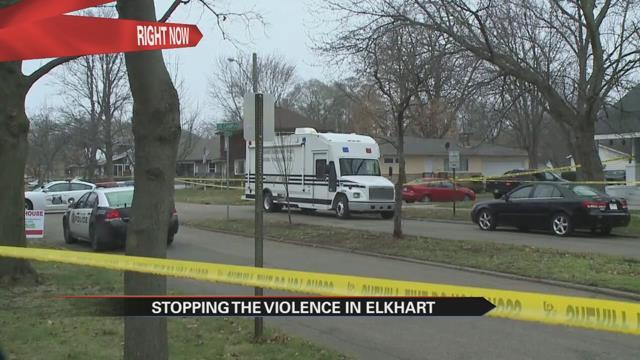 Councilman Dwight Fish says the high number of homicides and shootings in Elkhart is alarming.

Sunday morning, the 1800 Block of Decamp Ave. was the site of a scene that has become all too familiar in Elkhart City.

A day later, the yellow tape is gone and snow has covered up much of the crime scene, but you can still see glass shards scattered in the street.

He says residents in his community are concerned but he made it clear that this, is not the time to hide.

“What I do is encourage the people who I visit with and call me about concerns, tell them to know their neighbors know their neighborhoods, don’t close up your doors at night don’t go into a panic don’t be scared of the community you live in because we own it, they don’t,” said Fish.