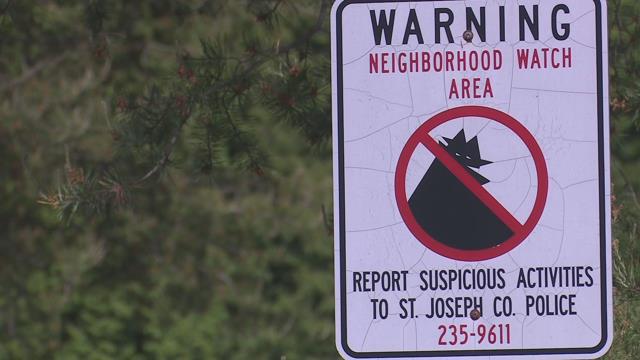 St. Joseph County Police are investigating a weekend of vandalism.

Investigators are looking for the people behind several car shootings that happened in Mishawaka on Sunday.

Neighbors believe the crimes were committed by the same people.

“Someone could’ve got shot or something,” said victim Bob Epley.

But luckily, no one was hurt early Sunday morning.

Still, the thought of what could’ve been has one Mishawaka neighborhood on watch.

“It looks like he had a pistol, and shooting out the windows as he drove by and just left,” said Epley.

Neighbors say two vehicles, one jeep and one pickup truck, took off around 3 AM Sunday after spraying two of the Epley family’s vehicles with pellets.

And all of it was caught on the Epley’s home security cameras.

“We generally have some cases like that in the summer but now that I have the cameras hopefully it’ll stop that,” said Epley.

Police are now left to investigate if this crime caught on camera could be a part of a string.

According to St. Joseph county logs, seven incidents were reported Sunday, each similar to the Epley’s account of what happened.

But the Epley’s hopes their handy cams can be of help and the trail of destruction left by vandals can lead police to their arrests.