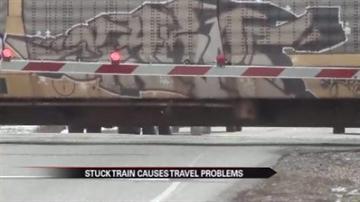 MISHAWAKA, Ind. -- In Mishawaka, stopped trains have been causing delays there for quite some time at the corner of Douglas and Fir Roads.

The delays even became a safety concern because the backed up traffic was close to St. Joseph Regional Medical Center.

Some people were stuck for more than two hours.

"An hour turned into two hours,” said Cory Kline. “I’ve never had to sit for two hours waiting for a train to move."

"I’ve seen where the fire trucks and ambulances have had to turn around and go back and that's a long way that they have to go to get to the hospital,” said Carolyn Magnuson.

ABC57 reached out to the train company. We're told an electrical problem was to blame.