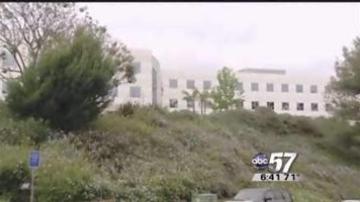 SAN DIEGO, Calif. -- A disturbing story is making headlines out of San Diego.

A man taken into custody after a drug raid said he was left alone in a holding cell for nearly five days.

Daniel Chong said he was convinced he was going to die. He was held in a federal holding cell without food or water.

Federal authorities detained the engineering student after an ecstasy raid on April 21. Chong claims the holding cells were filthy.

He even said he found a bag of meth inside. He later used it to stay awake.

“I'd just do what I have to do to survive,” said Chong. “I had to survive through my own urine.”

“He screamed hundreds of times for help,” said Chong’s attorney Eugene Iredale. “He began to dig into the walls thinking he could get water that way.”

After three days, Chong said he became desperate. He broke his glasses with his teeth and tried to kill himself.

Eventually he was found and taken to the hospital.