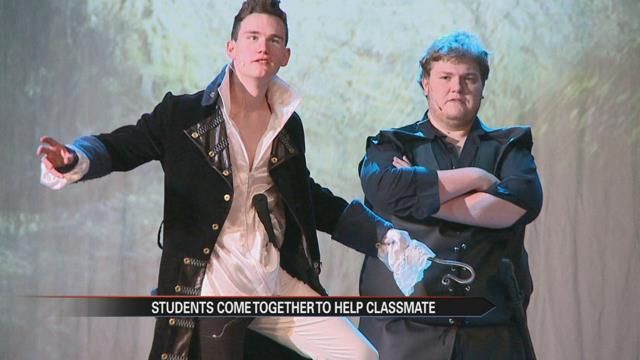 A local student is putting on a play to raise money for kids suffering from terminal illnesses.

For a senior project the students at St. Joseph High School in Michigan were required to spend 10 hours giving back to the community. Jacob Wade Wells has spent about 2,000 hours on what has turned into a much bigger production.

Childhood friend Kevin Jones was diagnosed with brain cancer in 2014.

Last year Jones was granted his Make A Wish, a trip to Give Kids the World Village. It’s a resort in Florida for children with life-threatening illnesses.

Wells was also at Give Kids the World Village in 2015, he was a volunteer over Thanksgiving.

“We all just basically got together and had fun and it was like nothing was wrong at all and it’s just great,” said Wells.

Wells wants more kids to have the same opportunity Jones had at Give Kids the World.

He organized a production of Peter Pan at their school. He’s hoping to raise about $10,000 in ticket sales, enough to send two kids to the resort for a week.

Now in remission, Jones came to watch a dress rehearsal on Monday.

“It’s just mind blowing to be willing to help with anything in any shape or form,” said Jones.

The show is Saturday May 14th at 7 p.m. Tickets are ten dollars at the door. Donations are also being accepted for Give Kids the World Village, click here for more information.