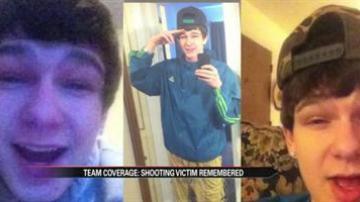 SOUTH BEND, Ind. -- The investigation continues on the death of 18 year old Nathan Hall. Police say he was shot and killed early Wednesday morning while riding his bike.

"I was just in tears that he's gone, he didn't do anything to anybody," says Damon Watford, a friend of Hall's.

Watford was one of the last people to see Hall before he died. He said he was with Hall Tuesday night.

He also says the violence in this area, especially with teenagers, has got to stop.

"People are shooting at everybody for no reason," says Watford.

Hall was a senior at Clay High School.

His high school principal released a statement saying "Nathaniel Hall is the latest victim of senseless violence" and that his "jovial personality was loved by all."

That's what made going to class Wednesday so hard for so many students.

If you know anything about this crime you are asked to contact Crime Stoppers at 288-STOP (7867).