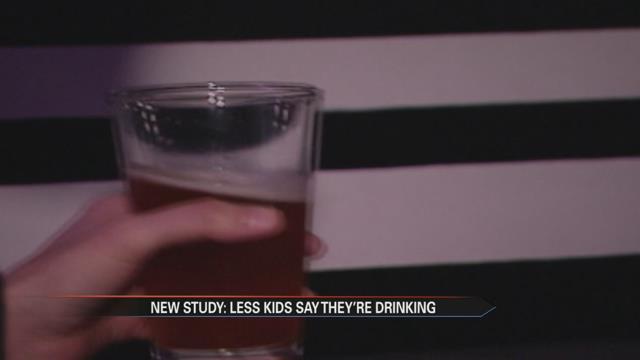 The National Institute on Drug Abuse released numbers this week about underage drinking. Those numbers show that alcohol use by school aged people are the lowest they have been in 15 years.

2015 studies conclude that 38% of high school seniors said they had been drunk in the past year. Those numbers compare to 41% back in 2001.

Additionally, the studies also show that students who said they had five or more drinks in a row within the past two weeks also had a considerable decline.

However, another study says that holidays can be the prime time for young people to have their first sips of alcohol.

A study on Drug Use and Health show that each day more than 11,000 young people will drink alcohol for the first time, specifically during the months of December, June, and July.

Research shows that the brain is not fully developed until about the age of 25. Drinking earlier in life can lead to term consequences.

"Study after study shows that the earlier someone begins to drink or do other drugs, the more chance they have of developing a problem," said Randy Haveson, Addiction Expert and Author of "Party with a Plan."