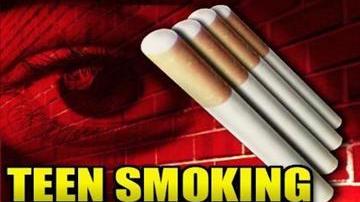 It looks like the "butt out" fight may be failing.

"Everyday 1,200 Americans die from smoking and each of those people are being replaced by two young smokers,” said U.S. Surgeon General Regina Benjamin.

"The younger a child is when they try cigarettes, the more likely they are to get and stay addicted to nicotine” said Health and Human Services Secretary Kathleen Sebelius.

More than 80 percent of smokers begin smoking by 18-years-old.