Study: Half of US kids and teens with a mental health condition go untreated 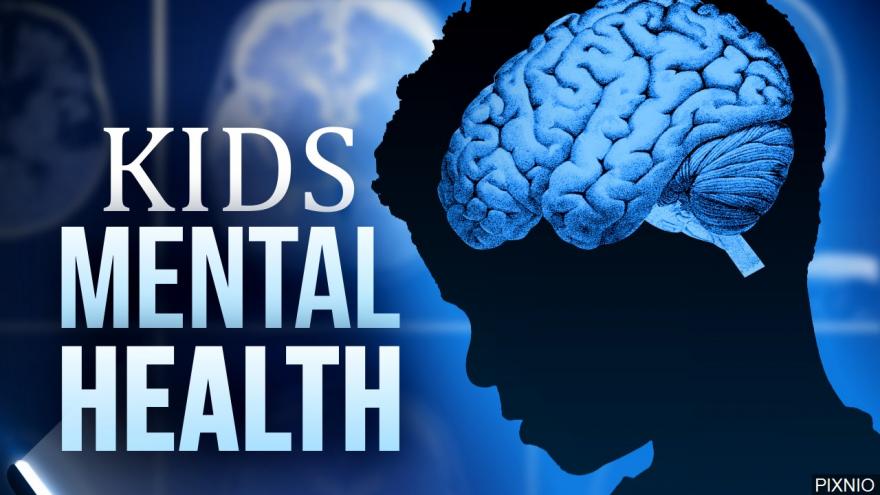 (CNN) -- Half of children with a mental health condition in the United States go without treatment, according to a new study published Monday in the journal JAMA Pediatrics.

The researchers analyzed data from the 2016 National Survey of Children's Health, a nationwide survey administered to parents of children and teens. Of the 46.6 million children ages 6 through 18 whose parents completed the survey, 7.7 million had at least one mental health condition -- such as depression, anxiety or attention-deficit/hyperactivity disorder -- and only half received treatment or counseling from a mental health provider in the 12 months prior to the survey.

Mark Peterson, associate professor at the University of Michigan Medicine and senior author of the study, has a long history of studying health conditions that start in childhood and result in disabilities later on in life.

"Historically, I've studied everything from the neck down," he said. Peterson said he has recently taken a step back to think about conditions that affect children from an early age in a more comprehensive way, which led him to study mental health. He didn't expect to find such high numbers.

But child and adolescent psychiatrists and psychologists weren't at all surprised by the results.

"Unfortunately this is not news for us," said Dr. Barbara Robles-Ramamurthy, child and adolescent psychiatrist at the Long School of Medicine at UT Health San Antonio, who was not involved in the study.

"We have known that the number of children who have mental illness and that go untreated is very high," she added.

There are a number of difficulties and challenges for children and their families when it comes to accessing mental health services, explained Jennifer Mautone, psychologist in the Department of Child and Adolescent Psychiatry and Behavioral Sciences at the Children's Hospital of Philadelphia.

Families are concerned about stigma and coverage

Within some families and communities, mental illness is still seen in a negative light, explained Robles-Ramamurthy.

"We have just over the last couple of decades started to really work on de-stigmatizing mental illness," she said. As a result, many times families and youth don't feel comfortable accessing mental health services, added Mautone.

The next big issue is insurance coverage, Robles-Ramamurthy said.

"There is a wide variability on what is covered, how much is covered, and people are concerned. Mental health treatment is not usually a once-every-couple-months type of environment," said Robles-Ramamurthy. "For families struggling to make ends meet, the expenses can pose a real challenge."

Even in states with appropriate provisions for families seeking mental health treatment, there may not be enough qualified providers.

According to data from the American Academy of Child and Adolescent Psychiatry, the majority of the country faces a severe shortage of practicing child and adolescent psychiatrists, with less than 17 providers available per 100,000 children.

This means many families face long wait times, which can, in turn, lead to worsening of the underlying mental health condition in the child and an eventual need for more treatment sessions than if the condition had been addressed in its early stages, explained Mautone.

The available qualified providers face another challenge: communicating with other systems caring for children.

There are many systems in this country aimed at caring for children, explained Robles-Ramamurthy, including the education system, the health care system, the juvenile justice system and the child welfare system.

"All of these systems that are supposed to be caring for children often times are not talking to each other," said Robles-Ramamurthy. "A lot of times kids fall through the cracks and families are not getting the appropriate support they need," she added.

In an attempt to provide timely mental health services for kids, many pediatric health systems have started to integrate these services into pediatricians' offices.

By embedding themselves with pediatricians, mental health providers build on the existing trust and are able to reach families in a familiar environment, said Mautone, who leads one such program -- the Healthy Minds, Healthy Kids Initiative at the Children's Hospital of Philadelphia.

"We are readily available, many times the same day, to explain our service, meet the family and begin to understand what the challenges are," she added.

The program has served more than 2,500 patients in the last two years and continues to expand. Robles-Ramamurthy sees this as a sign of progress but says there is much more to be done.

"Untreated mental illness in children pose grave consequences to our communities, including high rates of suicide, academic decline and unemployment," she said.