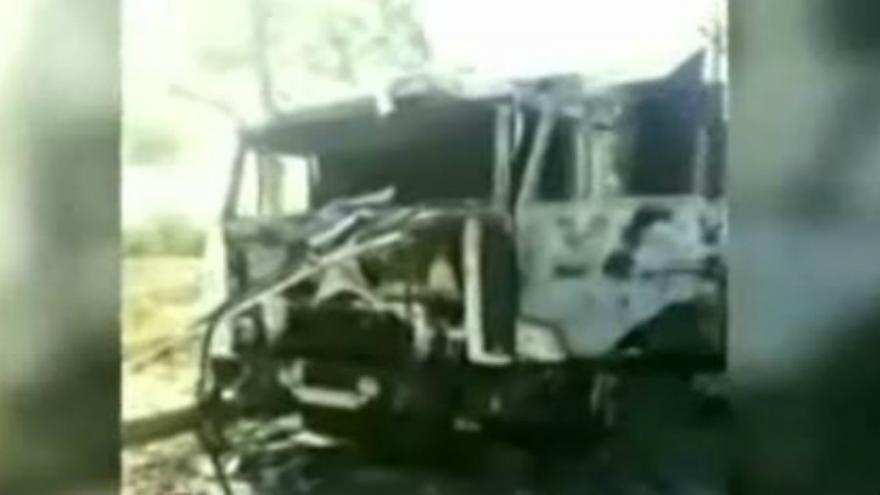 (CNN) -- A suicide bomber blew himself up in central Damascus on Sunday, killing at least 20 people, according to the Syrian foreign ministry.

Dozens more were injured, including children, the ministry said in a letter to the UN Security Council, according to state media.

Authorities had been pursuing three cars and were able to intercept two and destroy them, state media said.

As they closed in on the third car near the city's Al-Tahrir Square, the suicide bomber on board detonated it.

Since the civil war began in 2011, Damascus has rarely been hit by attacks. Government troops and allied militias have held a tight grip on the city.

In March, rebel groups launched a surprise attack in northeastern Damascus, taking advantage of Syrian regime forces overstretched by fighting elsewhere in the country, an expert said at the time.

The Syrian regime's military presence in the capital -- located in the south of the country -- has been weakened due to its focus on fighting ISIS in Raqqa, in the north, said Andrew Tabler, a senior fellow in Arab politics at the Washington Institute for Near East Policy.