Summer Heat and History of the Hundreds

NOW: Summer Heat and History of the Hundreds

Michiana isn’t typically a place that deals with extreme heat on a regular basis. We know this through years of tracking high temperatures, and compiling averages for days, months, seasons, and years. During our summer months of June, July, and August we keep track of how many days we hit 90 degrees or above. This summer we have reached that mark 14 times. This is slightly above our average of 9.7, 90 degree days or above, per year. We aren’t significantly above that average yet to be considered an extreme heat summer, but it is notable. 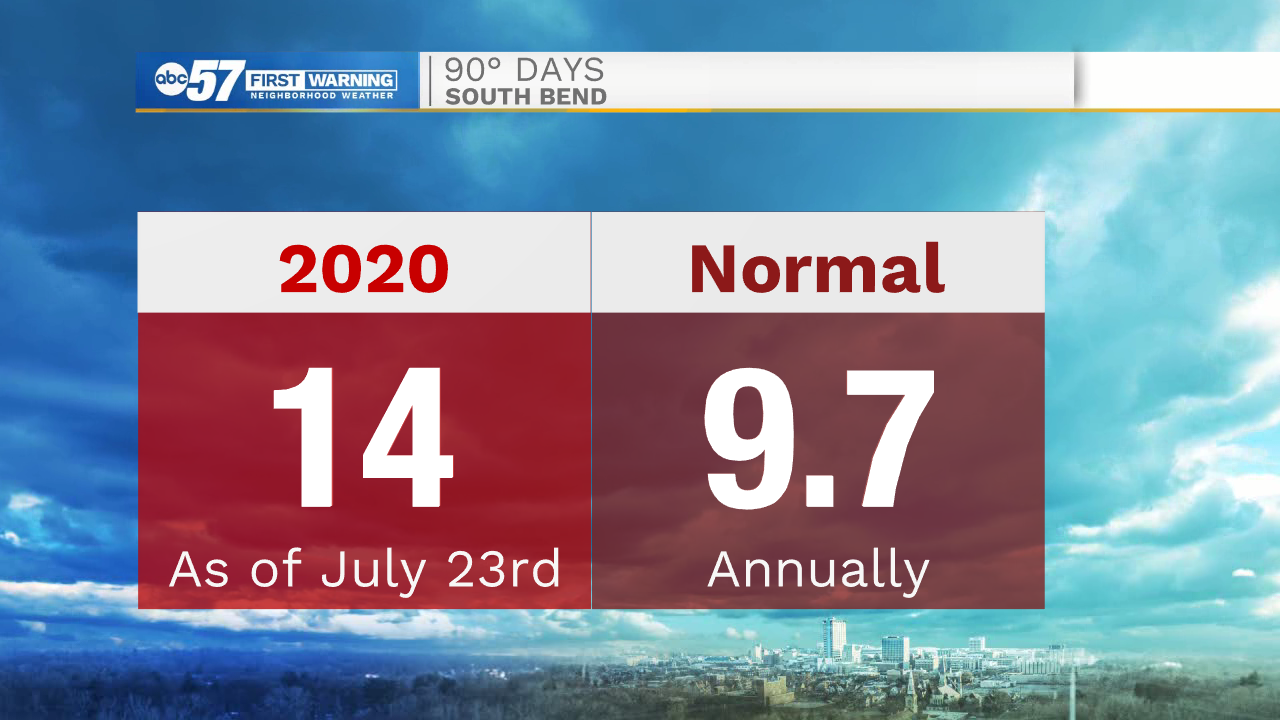 When we typically receive 90 degree temperatures here in Michiana, it’s accompanied by higher moisture values in the air. In reference to that moisture, we talk about dewpoint temperatures. When we hit a high of 90, and dewpoint temperatures are in the lower 70s, the heat index will be in the mid to upper 90s. This is when you have to be very cautious while being outside for prolonged periods of time. We typically stress the notion to drink plenty of water and take plenty of breaks to avoid heat exhaustion or heat stroke. 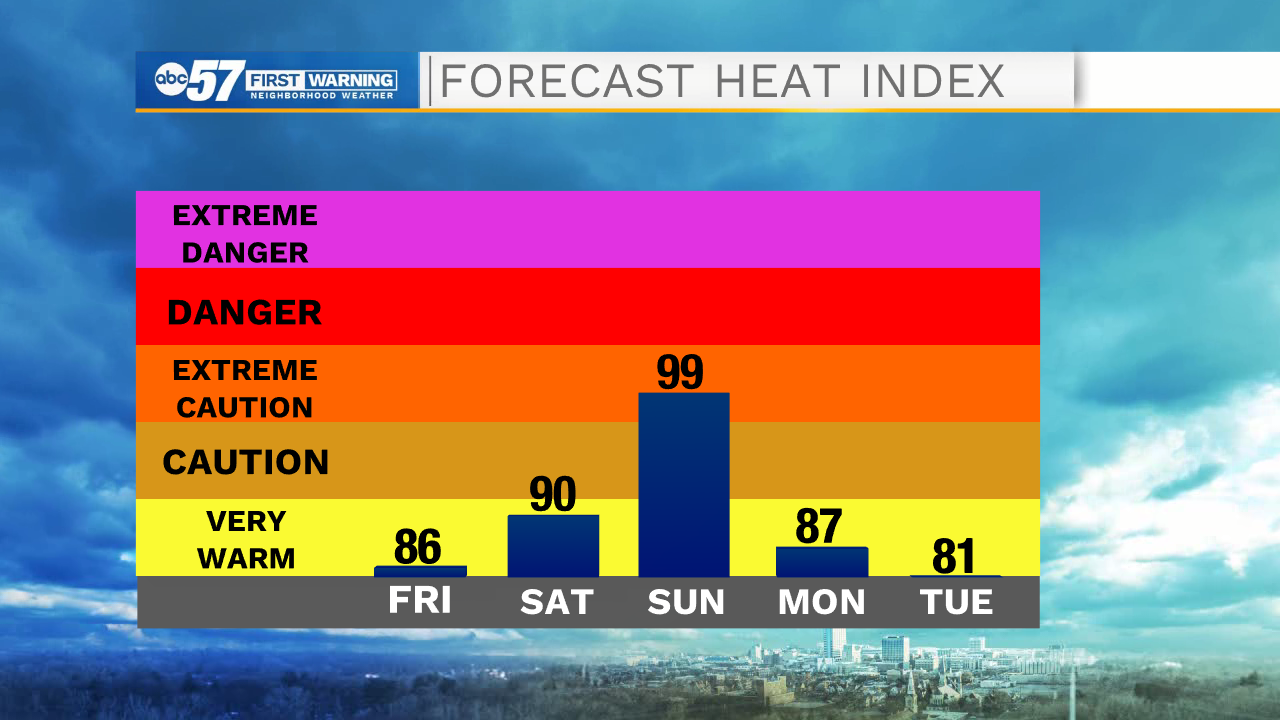 Now that we have talked about 90 degree temperatures,  how rare is it for us to see the triple digits pop up on the thermometer? Typically you hear people use the quote “Once in a Blue Moon” in reference to something occurring over a significant amount of time. This quote could be used to describe how often we see 100 degrees here in Michiana, except you would have to triple it! There hasn’t been a 100 degree day here in South Bend since 2012! That’s 8 years ago, or roughly 3 blue moons ago. In 2012 we saw 4 days of 100 degree heat. Before that, our last triple digit temperature day was 1999, 1988 there were 4, 1983 we had two, and the biggest jump was back into the 1930s. In 1934 the warmest day on record was recorded with a high temperature of 109 degrees. 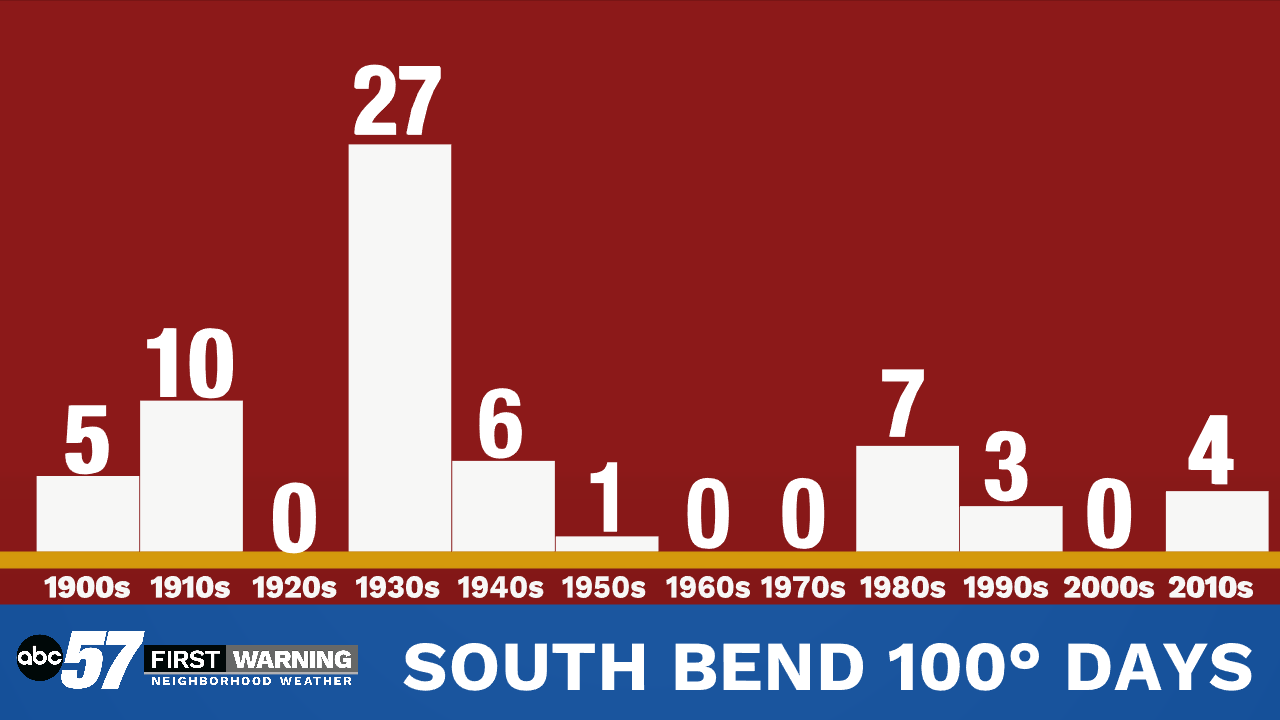