Summer to fall temps in the next few weeks

NOW: Summer to fall temps in the next few weeks

It's still summer this week but there's going to be some changes coming around by beginning of October. But first, let's take a look at the warm temperatures. We're really not that off-base with the heat this week. 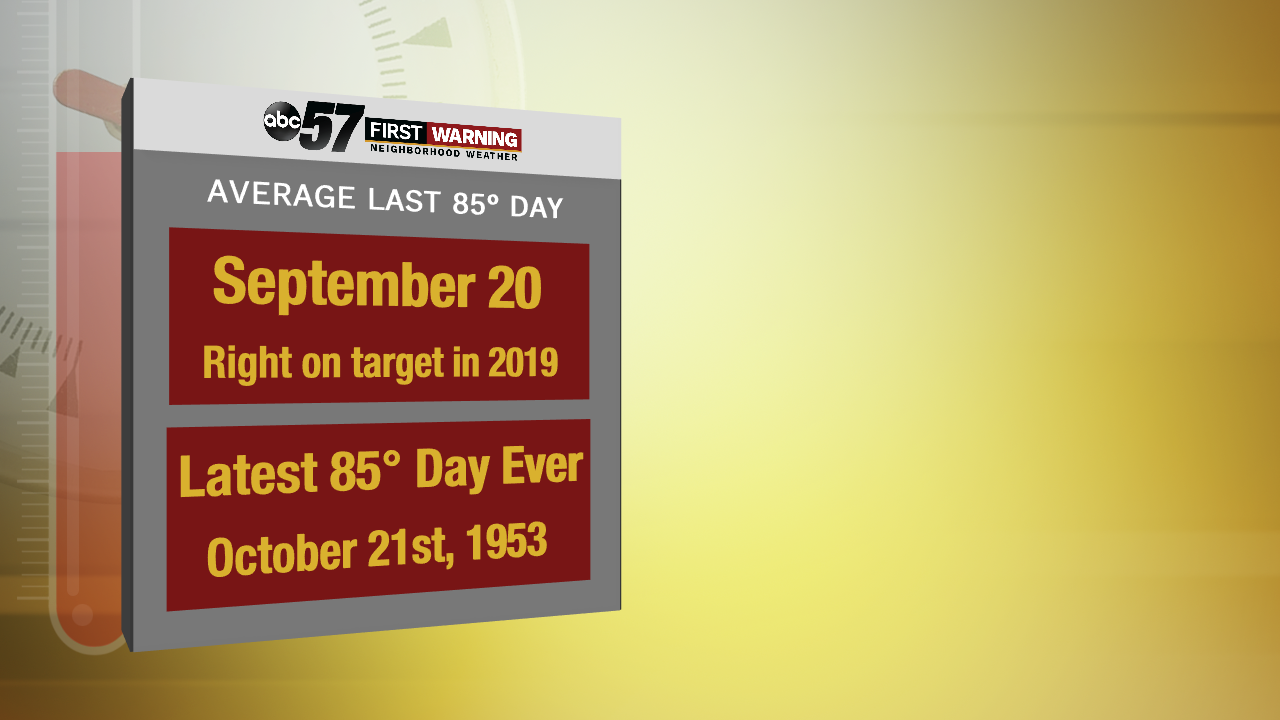 Our average last 85 degree day is September 20, which is this Friday. So, we're actually right on time there, and it could easily be much later. The latest last 85 degree day in michiana was October 21st in 1953! But, moving forward, through first week of fall, we'll see that cooldown into the 70s, right where we should be, but it looks like we could easily get even cooler as the calendar flips to October. 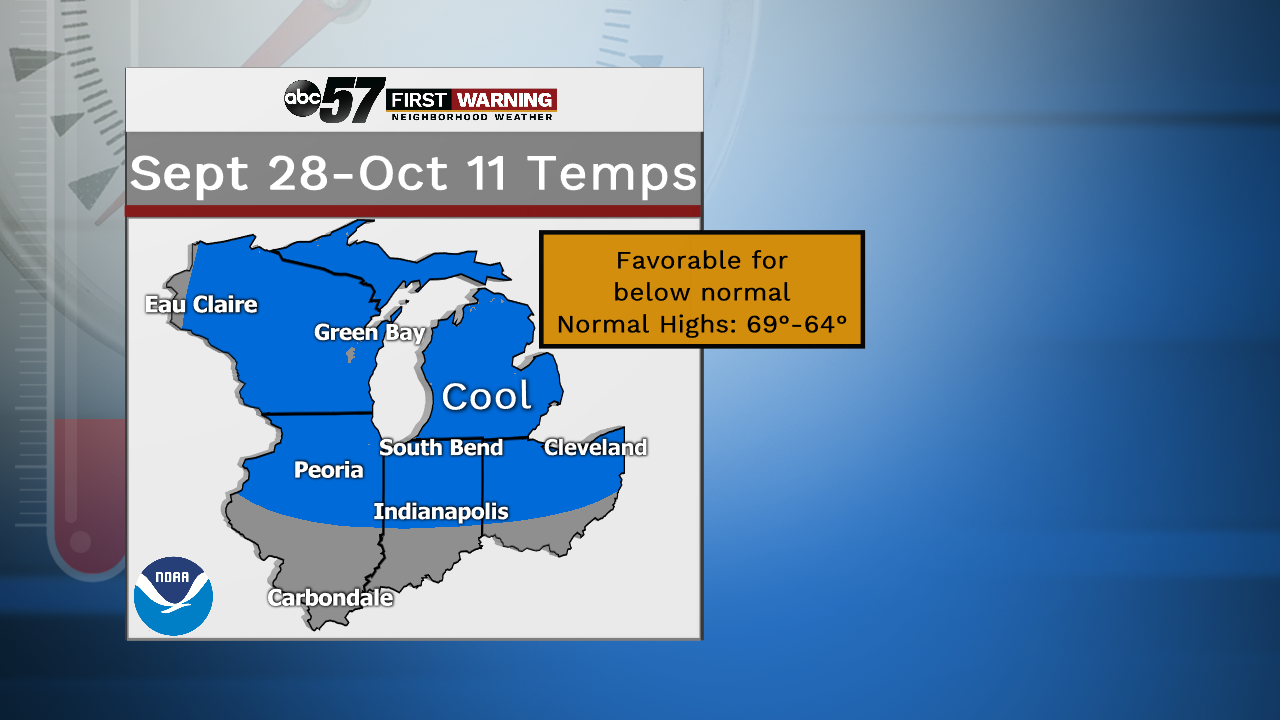 The Climate Prediction Center has a favorable conditions for cooler-than-normal highs for all of the Great Lakes and the Northeast United States. So that means our temperatures could go from the hot 80s to the cool 60s in a matter of two weeks! Of course, the entire period won't be that chilly, but if you're really craving fall weather, it's likely we'll get a good blast of it by the new month.