'Super bacteria' discovered in Rio's waters as Olympics near 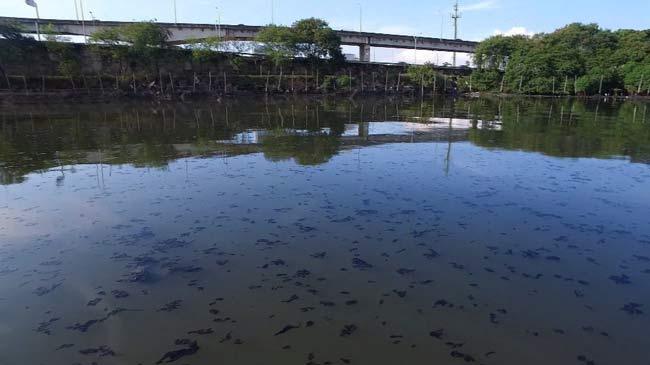 RIO DE JANEIRO (CNN) -- A group of Brazilian scientists have detected a drug-resistant bacteria growing off of some of Rio de Janeiro's most stunning beaches, one month before the city is due to host the 2016 Olympic Games.

According to lead researcher Renata Picao, the "super bacteria" entered the city's waterways when sewage coming from local hospitals got channeled into the bay.

"We have been looking for 'super bacteria' in coastal waters during a one-year period in five beaches," Picao told CNN during a visit to her lab. "We found that the threats occur in coastal waters in a variety of concentrations and that they are strongly associated with pollution."

The news comes as Rio prepares to host hundreds of thousands of athletes and tourists during next month's Summer Olympics.

Among the beaches flagged were Flamengo and Botafogo, which border the bay where Olympic sailors are scheduled to compete.

"It's a nice sailing area but every time you get some water in your face, it feels like there's some alien enemy entering your face," German Paralympic sailor Heiko Kroger said during a recent visit to Rio. "I keep my nose and my lips closed."

Kroger believes the super bacteria may have caused a severe skin infection in one of his teammates during recent training.

'I don't take my children to these beaches'

Picao believes the city's "fragile" sanitation infrastructure is responsible for the presence of the super bacteria.

According to Rio's water utility, Cedae, the criteria established by the World Health Organization have been followed.

"Fifty one percent of the city's sewage is now treated," production director Edes de Oliveira told CNN. "Seven years ago it was only 11 percent."

Despite concerns, neither Picao nor international Olympic authorities recommend moving the sailing venue.

"I wouldn't say to change the venues because we don't know the risks yet," Picao said. "We are making this alert because if athletes get infected there is a chance this bacteria is multi-resistant and the physicians should know about this."

The other beaches that tested positive for the bacteria were Leblon and Ipanema, which are very popular among tourists and locals alike.

"I don't take my children to these beaches," Picao said. "We still need more studies to tell what would be the risk to human health of this exposure through the water."

Trouble ahead of Rio Olympics

The Rio Games are scheduled to begin on August 5, but with a month to go safety and financial issues continue to plague the international event.

An Australian athlete was mugged close to her hotel, a local hospital designated for tourists was the scene of a fierce gun battle and fears over the Zika virus have led several elite athletes to pull out.

Rio de Janeiro mayor Eduardo Paes told CNN earlier this week the state was doing a "terrible" job in regard to security in the weeks before the Games. "It's completely failing at its work of policing and taking care of people," he said.

Paes on Tuesday told reporters that Rio was "far from being perfect," but that the city is being transformed for the event.

Carlos Arthur Nuzman, president of the Brazilian Olympic Committee, said Tuesday that the city was ready to start the Games.

"They will be a maximum success in this beautiful city of ours," Nuzman said.

CNN's Karen Smith and Julia Jones contributed to this report.